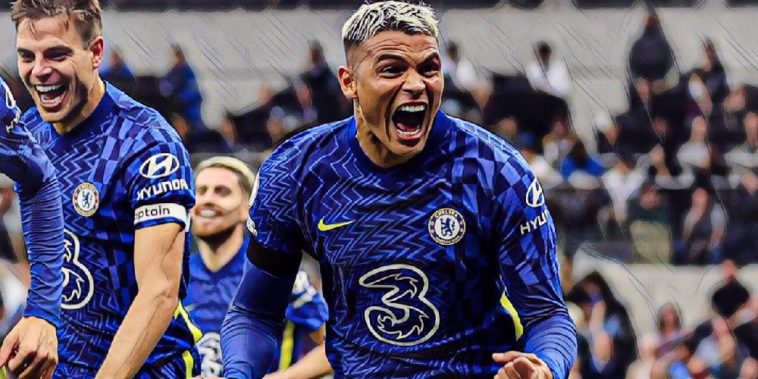 Chelsea put on a superb second-half display as they ran out 3-0 winners against London rivals Spurs at the Tottenham Hotspur stadium.

Spurs came into the game with plenty of selection issues, though Nuno Espirito Santo was boosted as he handed a start to Heung Min Son, as well as being able to call upon the returning Argentine pair, Cristian Romero and Giovani Lo Celso.

While there have been a number of question marks about Nuno’s side in the opening weeks of the season, the north Londoners were by far the better team in the opening stages – with Son looking threatening as he looked to use his pace against the experienced legs of Thiago Silva.

Chelsea, the reigning European champions, didn’t exert as much dominance on the fixture as we have become used to since Thomas Tuchel’s arrival, though still posed a threat on the break with the pace of Kai Havertz and Mason Mount.

The game – which was also the world’s first carbon-neutral fixture – would flip on its head at the interval though as Tuchel brought N’Golo Kante on for Mount, the German boss tweaking his side’s shape in an attempt to wrestle control in the middle of the park. The change would bring about immediate dividends, with Chelsea dictating the early passages of play after the break and going ahead four minutes after the restart.

Marcos Alonso – who had seen a fine effort saved by Lloris moments earlier – swung in a corner from the left with his out-swinging ball being met by Thiago Silva who ghosted into the area late before powering a header into the corner of the net.

Alonso would go close to doubling their lead moments later, Kai Havertz’s cross from the left sailing all the way across to Cesar Azpilicueta, who recycled the ball back into the middle towards the Spaniard, though his effort was cleared off the line by Eric Dier.

Chelsea did double their advantage before the hour mark though, Mateo Kovacic winning possession high up the field before laying it off it to Kante. The Frenchman’s strike from all of 30 yards took a wicked deflection off Dier, with the spin on the ball seeing it hit the inside of the post and dribble into the back of the net with Lloris helpless.

Timo Werner and Romelu Lukaku both had chances to extend their lead, though the West Londoners would bag the third that their second-half dominance would thoroughly deserve, Werner getting down the right and cutting the ball back to Antonio Rudiger, the defender doing well to control his finish as he stroked the ball past Lloris to wrap up the scoring and a fine day’s work for Chelsea.