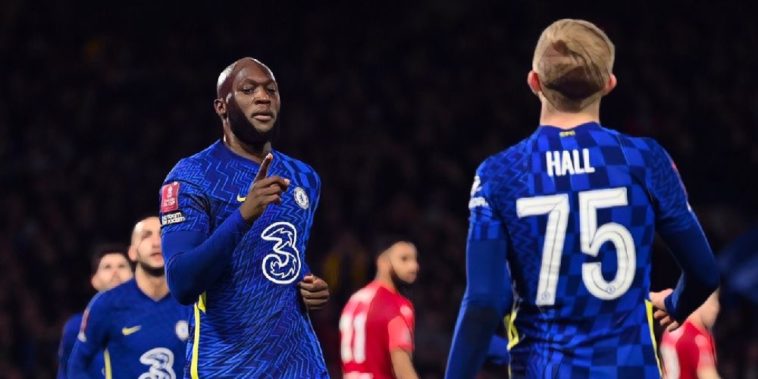 Chelsea cruised into the fourth round of the FA Cup with a comfortable 5-1 over non-league Chesterfield.

While Thomas Tuchel rotated his side, he still sent out a strong XI stacked with internationals for the visit of the National League leaders as Chelsea began their latest FA Cup pursuit.

The eight-time winners quickly got themselves ahead inside the opening six minutes, Mateo Kovacic going on a surging run forward before releasing the ball to Hakim Ziyech on the right. The Moroccan’s effort was blocked, but the ball dropped straight to Timo Werner who had the simple task of tapping into an empty net from just three yards.

12 minutes later and Chelsea doubled their lead, Callum Hudson-Odoi picking up the ball on the left, being afforded far too much time and space to cut in onto his favoured right foot, before curling beyond Scott Loach from 22 yards.

Two would quickly become three as debutant Lewis Hall pressed high up the field to force a mistake out of Jim Kellerman and Jeff King, the 17-year-old winning the ball and squaring to Romelu Lukaku who made no mistake from close range.

Hall was involved again as Chelsea made it four before the break, the teenager’s effort from the edge of the box being saved by Loach, though the 33-year-old’s save was parried straight to Andreas Christensen who nodded over the helpless ‘keeper.

It was five 10 minutes into the second period as Hakim Ziyech converted from the penalty spot after Christian Pulisic was brought down in the box.

The Spireites would get themselves on the scoresheet with 10 minutes left to play, Akwasi Asante flicking on a long ball into the path of Kabongo Tshimanga. The 25-year-old beat his man but saw his strike saved by Marcus Bettinelli in the Chelsea goal, before Asante finished off the rebound to send 5,800 travelling fans wild behind the goal.

Speaking after the game, Thomas Tuchel was pleased to see his side get off to a quick start as the Blues quickly set about booking their place in the draw for the fourth round.

“I think most of the minutes until the 5-0 was absolutely OK and then we dropped a bit in all aspects of the game and it was a bit too open, but job done. Everything good,” he told the BBC.

“We trust our players and we had to manage the load, to not overload the players with the next four games and the upcoming two weeks. We started well and decided the game early.”

Young debutant Lewis Hall admitted he had been ‘really nervous’ at finding out he was getting his first outing for the club, and Tuchel said that the youngster was deserving of his opportunity despite his quiet demeanour around the training ground.

“Did he say much in his interview? I haven’t heard him speak so much in training!” Tuchel joked.

“But he deserved to play, he is a nice guy and very calm. A huge opportunity at Stamford Bridge. He took his chance and was hugely involved in some of the goals. Happy for him.”

Next up for the Blues is the second leg of their Carabao Cup semi-final with Spurs before they take on Premier League leaders Manchester City next weekend.

“Big schedule. A lot of things to take care of. We have a day off tomorrow, which is rare enough, and from Monday we will focus on the Carabao Cup.”