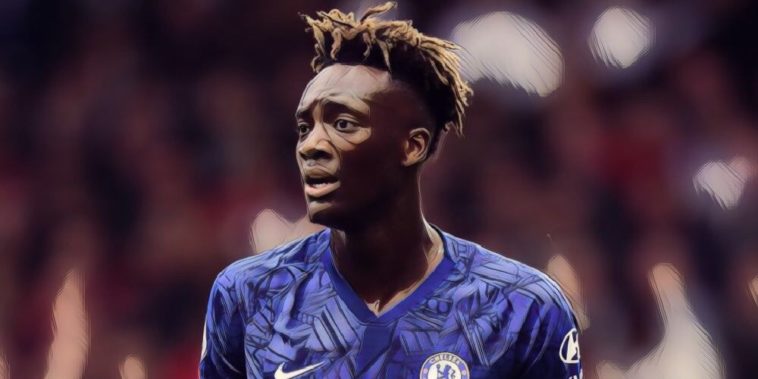 Tammy Abraham has revealed his admiration for Didier Drogba and admits he ‘always wanted to be like’ the Chelsea legend.

Abraham has established himself as Chelsea‘s first-choice forward during the opening weeks of the new Premier League season, scoring four goals in his past two games after finally being handed his opportunity by new manager Frank Lampard.

The academy graduate has now revealed how he used to watch former Blues’ favourite Drogba as he looked to improve his game, with the Ivorian regarded as one of Chelsea’s greatest ever players.

Drogba scored 164 goals for the club over two spells at Stamford Bridge, being part of four title-winning sides and playing a crucial role as Chelsea won the 2012 Champions League. Abraham has now revealed how he idolised the forward, and admits it is ‘nice’ to follow in Drogba’s footsteps as the club’s main attacking threat.

“I have so many stories from when I was younger watching him, growing up watching such a talented striker,” Abraham told the Mirror.

“I’ve always wanted to be like him, always hungry to score goals.”

“Just looking at him he had that appearance about him. And I’ve always wanted to add that to my game. So to follow in his footsteps [as the club’s main striker] is always nice.”