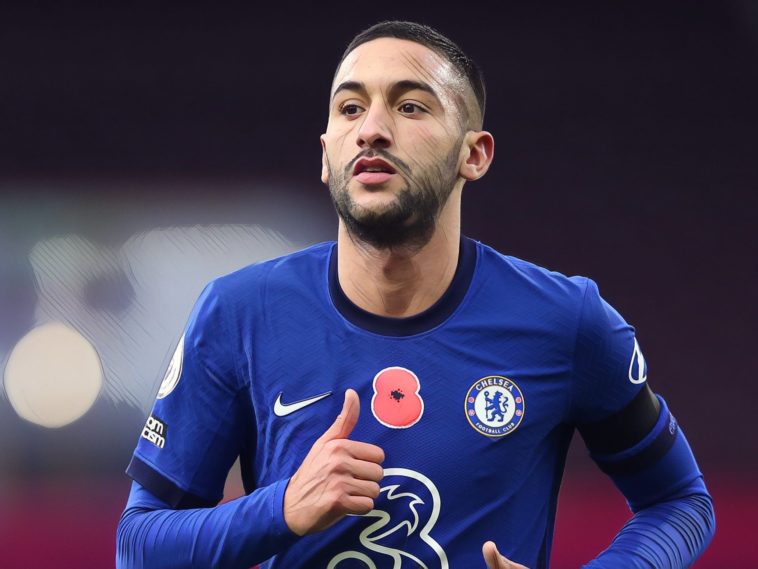 Mason Mount has hailed the quality of ‘world class’ Chelsea teammate Hakim Ziyech and admits he is determined to ‘fight’ for his place in Frank Lampard’s side this season.

Chelsea secured a fourth consecutive victory in all competitions with a 4-1 victory over Sheffield United at Stamford Bridge this weekend, the club’s exciting summer signings beginning to impress in a new-look side.

The west London side’s lavish summer spend included the arrivals of players such as Timo Werner, Kai Havertz and Hakim Ziyech, increasing the competition for places amongst the Blues’ attacking options.

Mount has so far featured regularly despite the influx of talent and started the win against the Blades, the England international admitting he is relishing the challenge of competing for his position and playing alongside the new arrivals.

“My character and the way I am, I’m always ready for a challenge and I want to fight for my position,” Mount said, as per the Evening Standard. “I knew the standard of the players coming in was world-class, which is what we want at this club.

“That competition keeps us all going and keeps us at that high standard. I wasn’t worried about the new signings, I was excited to play with them and join on the pitch with them.

“That’s how it’s working out at the moment and it’s exciting stuff for us all.”

One signing who has made a notable impact in recent fixtures is Hakim Ziyech, the playmaker having starred after returning from an injury sustained in pre-season.

The Moroccan international provided two assists during the win against Sheffield United and has now registered two goals and three assists in just four starts since signing from Ajax, with Mount eulogising about the creative qualities of a ‘world class’ player in fine form.

“He’s a brilliant player. I’ve spoken about him before. He comes into the team and he knows what he can bring with his quality left foot. He brings something new to the team which is brilliant for us.

“The gaffer always speaks about having the competition to keep our standard high and Hakim is a world-class player coming in. We want players of that calibre coming in and bringing a lot to the team and helping us out, which he definitely did against Sheffield United.

“We always knew at the start of the season that it was going to be tough to click straight away as a team when you have so many new players coming in without that much of a pre-season.

“But now we’re gaining that momentum and we’re getting better and better on the pitch and on the training ground we’re learning more and more about each other. And that’s what we need to do to be a winning team.

“We’re very close as players and as a squad with the staff. We just needed time to get together and gain that momentum and I think we’re doing that at the moment.”

Read Also – Tweets of the Week: The US election, Keano’s quiz feud with Fergie, and Big Mick in Cyprus