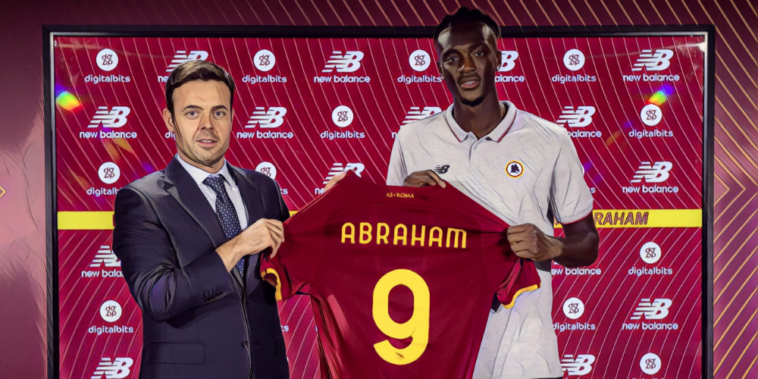 Chelsea have proven their ability in the transfer market once again this summer, the European champions having strengthened their squad whilst making a profit from player sales.

The west Londoners splashed a club record £97.5m to sign Romelu Lukaku from Inter Milan, whilst the arrival of Saul Niguez from Atletico Madrid on an initial loan deal bolsters the club’s midfield.

Those additions have been funded following the sales of several fringe players however, with the Blues raking in more than £100m this summer from unwanted assets – the mark of a well-run football club.

Here are Chelsea’s five most expensive sales of the summer.

Davide Zappacosta’s four-year spell as a Chelsea player came to an on deadline day, with the full-back having spent much of the past two campaigns out on loan.

The 29-year-old was brought to the club by former manager Antonio Conte in 2017, but made just 12 league starts during his debut campaign amid competition for places from Cesar Azpilicueta.

The departure of Conte saw Zappacosta struggle further for opportunities with his minutes largely coming in cup competition, before spending the past two seasons on loan at Roma and Genoa respectively.

His performances in Serie A have persuaded Atalanta to spend £8m on the Italy international, adding the full-back to their options ahead of another Champions League campaign.

Chelsea brought in £18m for academy graduate Marc Guehi this summer, despite the defender having made just two first-team appearances for the club.

Guehi has been a regular for England at youth level and formed part of the side – alongside the likes of Phil Foden, Jadon Sancho and Callum Hudson-Odoi – who won the u17 World Cup in 2017.

The centre-back has impressed across an 18-month loan spell in the Championship, working under the guidance of former England u17 manager Steve Cooper in South Wales.

Those performances have persuaded Crystal Palace to part with a significant sum for his services, as the Eagles rebuild under Patrick Vieira and seek a desperate injection of youth.

Another graduate of an academy system that has produced no shortage of talent in recent seasons, Tomori found himself on the fringes at Chelsea despite an impressive initial emergence.

Tomori was introduced to the side alongside the likes of Mason Mount and Tammy Abraham under Frank Lampard, winning a maiden cap for England at senior level in November 2019.

The defender fell out of favour during the second half of the 2019/20 season and struggled to regain favour, signing on loan for AC Milan in January 2020 before a permanent move to the San Siro this summer.

Tomori possesses great potential, but with the likes of Antonio Rudiger and Andreas Christensen ahead of him in the pecking order at Stamford Bridge, a £25m fee represents good business for a player on the fringes.

Kurt Zouma joined Tomori and Guehi in an exodus of central defenders at Chelsea during the transfer window, moving across the capital to sign for West Ham in a deal worth £29.8m.

Zouma’s career with Chelsea has consisted of spells in and out of favour, spending time on loan with the likes of Stoke and Everton before featuring prominently over the past two campaigns.

The France international enjoyed a strong season last term and scored five goals in the Premier League, though was allowed to leave after seeing his minutes reduced under Thomas Tuchel.

Zouma’s exit was set to pave the way for the arrival of Jules Kounde from Sevilla, but the Blues were unable to agree a deal with the Spanish side who altered their stance on the player’s departure.

However, the emergence of Trevoh Chalobah, impressive since returning from a loan spell at Lorient, has lessened the need for centre-back reinforcements.

Chelsea’s most expensive sale of the summer was the departure of Tammy Abraham to Roma, sanctioning the sale of the forward for a fee of £34m.

Abraham formed part of a collection of academy graduates handed their opportunity under former manager Frank Lampard, returning from a prolific loan spell at Aston Villa to enjoy a promising breakthrough season in 2019/20.

Abraham scored 18 goals in all competitions during that maiden campaign as Chelsea’s number nine, whilst he finished as the west London side’s leading scorer for the second successive campaign last season despite struggling for opportunities under Thomas Tuchel.

The 23-year-old featured for just 140 minutes in the Premier League following Tuchel’s appointment in January, whilst he was left out of the Chelsea squad for their Champions League final win over Manchester City.

Abraham’s record of 12 goals in 18 starts showcased his goalscoring threat however, with the six-cap England international now tasked with leading the line as part of Jose Mourinho’s rebuild of Roma.

He has began brightly, providing two assists on his debut before scoring his first goal for the Italian side in their next fixture, and Chelsea have inserted a buy-back clause worth £68m into the deal.

Read – Lukaku Next? – Chelsea’s five best signings from Serie A