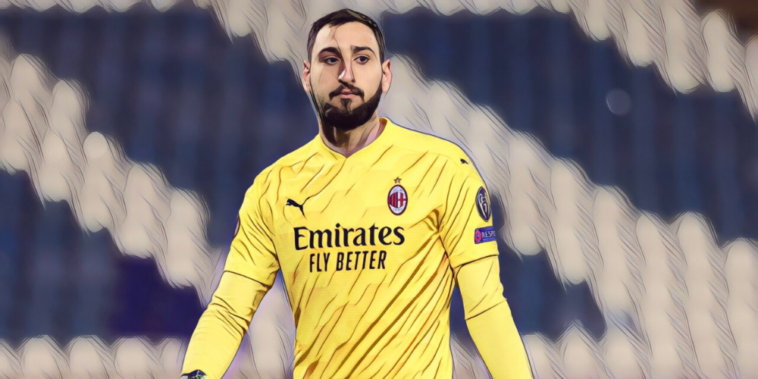 Chelsea are reportedly keeping a close on Gianluigi Donnarumma’s contract situation at AC Milan, the Italian’s current deal set to expire this summer.

The 22-year-old has been a first-team regular at the San Siro since making his debut as a teenager, later becoming the youngest goalkeeper to ever play for Italy as a 17-year-old after making his senior debut against France in September 2016.

Tipped to be the heir to the great Gianluigi Buffon, Donnarumma is rightly the hottest goalkeeping prospect in world football, while he’s already made a remarkable 201 Serie A appearances despite his youth.

Although the young man currently finds himself in the midst of a title challenge at Milan, there remains a lot of attention regarding his future after entering into the final few months of his existing deal.

According to Eurosport, Chelsea are one of the notable parties interested in making a move for the ‘keeper this summer, with no sign yet of a new contract extension.

The Blues will likely have to fork out around £9.1m-a-year in wages to bring the player to Stamford Bridge, although the chance to sign the talented youngster may be too good to turn down.

The Premier League side are expected to try and offload £71m flop Kepa Arrizabalaga this summer, while it remains to be seen if the club has total faith in 29-year-old Edouard Mendy being the long-term number one.

The report does suggest, however, that Donnarumma is expected to commit his future to the Italian club, although there still remains a slight doubt over his future with the prospect that he could leave for free at the end of the season.

Tuchel’s side, presumably like many others, are said to be simply monitoring the contract situation rather than actively attempting to sign the stopper, as the belief is that he will stay where he is.