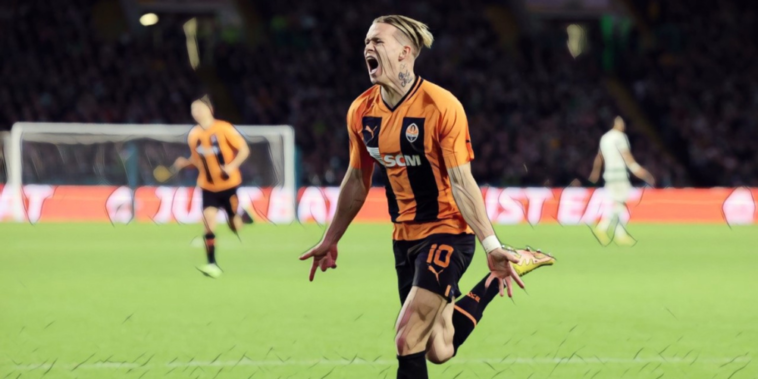 Chelsea have reportedly reached an agreement with Shakhtar Donetsk for the transfer of Mykhailo Mudryk.

The Ukraine international has emerged as one of the most sought-after properties in European football in recent months following his impressive performances for Shakhtar this season.

Arsenal have strongly been linked with the 22-year-old forward in recent weeks, and have seen two bids rejected and have since submitted a third.

However, according to Fabrizio Romano, Chelsea have made a move to hijack their interest and have reached an agreement with the Ukrainian side in a deal worth €100 million (£88m).

Shakhtar have used the fees of Jack Grealish (£100m) and Antony (£86m) as a yardstick for Mudryk’s valuation, and it seems as though they have got their way.

Romano now says that Chelsea are now ‘pushing on the players side’ with a move to the Emirates having been the forward’s ‘priority’.

Exclusive: Chelsea have reached an agreement with Shakhtar Donetsk for Mudryk. €100m fee agreed between parties today after mission. 🚨🔵 #CFC

The Athletic backup Romano’s reports, and say Chelsea’s bid is worth €70 million plus €30m in add-ons, though they say personal terms have already been agreed on a seven year deal with the player said to be ‘open’ to the move.

Arsenal’s latest bid is believed to be in the region of €70 million plus add ons, with the overall package said to be valued at €95m.

Whether the Gunners are inclined to up their offer to match that of their Premier League rivals remains to be seen.

It’s not the first time Chelsea been involved in a hijacking this season, with Barcelona beating them to the signing of Raphinha in the summer having agreed a deal for the Brazilian, while the Blues infamously hijacked Spurs’ move for Willian back in 2013.

If Chelsea are able to secure Mudryk’s signature, it will be the latest in a staggering spending spree since Todd Boehly’s summer takeover, with over £300 million having been spent since the American took the club over from Roman Abramovic.

Read – Boehly’s Bonanza: Every player Chelsea have signed since their American takeover

Read Also – 10 players sent off on their Premier League debut