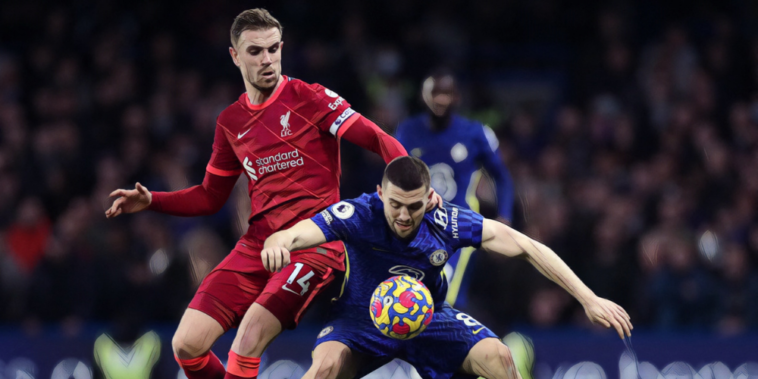 Chelsea and Liverpool meet in the Carabao Cup final this weekend, as a very modern rivalry takes on another chapter in a major cup final.

The two teams will compete for English football’s first major silverware of the 2021/22 campaign, in the battle of the German coaches as Thomas Tuchel and Jurgen Klopp go head-to-head once again.

Here’s everything you need to know ahead of a huge clash at Wembley.

Chelsea’s indifferent form over the festive period has seen the west Londoners fall adrift in the Premier League title race, but the Blues head into their cup final clash with Liverpool on a run of six consecutive victories in all competitions.

Those wins have remarkably come in five different competitions, securing progress in both domestic cups, a Champions League win over Lille, and earning Club World Cup success with victory in the inter-continental tournament.

Kai Havertz has come to the fore in recent weeks with some crucial goals, though concerns remain over Romelu Lukaku’s suitability to the system and the Belgium international was among the substitutes against Lille in midweek.

Chelsea have concerns over the fitness of Mateo Kovacic and Hakim Ziyech after the duo limped off during that Champions League clash, whilst Ben Chilwell and Reece James each remain absent.

This will be the third major cup final meeting between the teams with Chelsea having won the previous two, whilst the Blues will also become the first team to have competed in one of the major domestic Cup Finals (League Cup/FA Cup) in six consecutive campaigns.

Liverpool also arrive into the final in fine form, having extending their winning run in all competitions to nine games with a 6-0 thrashing of Leeds on Wednesday evening.

Jurgen Klopp’s side have conceded just three goals in that run and have hit arguably their best form of the season in recent weeks, with the Reds options having been boosted by the returns of several key figures from injury issues.

Most Premier League assists in so far this season:

Mohamed Salah took his haul to 28 goals for the campaign with a brace against Leeds, whilst Joel Matip’s goal saw Liverpool set a new club record after the centre-back became their 17th different goalscorer of the league season.

Klopp could be without Diogo Jota and Roberto Firmino as the duo face a race to be fit for the final, leaving the club short of a recognised first-choice option at centre-forward.

Sadio Mane has deputised in recent fixtures with January arrival Luis Diaz on the left of the front three, whilst Divock Origi – who has five goals from four starts this season – provides an alternative from the bench.

Chelsea came from two goals down to earn a draw with Liverpool in a chaotic clash between the sides last month, with all four goals coming inside the opening 45 minutes of a breathless encounter.

Chelsea roared back, however, with Mateo Kovacic’s outrageous volley giving the Blues a lifeline. Christian Pulisic then raced clear to equalise in first-half stoppage time, with neither side able to find a breakthrough in the second period as the two teams shared the spoils.

In truth it was a result that suited neither, one which left Chelsea in second, 10 points behind Manchester City, and Liverpool in third, 11 adrift of the leaders with a game in hand.

What channel is Chelsea v Liverpool on?

UK and Irish readers can watch or stream the game on Sky Sports Main Event.

ESPN+ will be showing the final in the US.