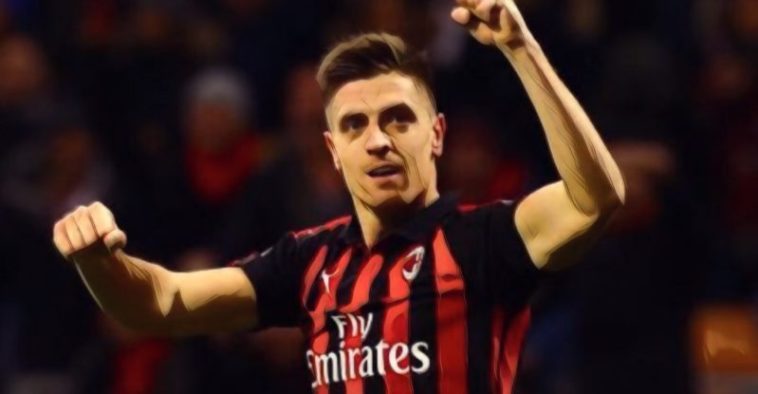 Chelsea are considering a late move to rival Tottenham in the race to sign Krzysztof Piatek.

The AC Milan forward has emerged as a target for several Premier League sides during the winter window, Spurs having held negotiations to sign the Polish international as Jose Mourinho seeks to bolster his attacking options in the absence of the injured Harry Kane.

Despite having held talks the north London side have been unable to finalise a deal, whilst the club have also seen efforts so sign Willian Jose thwarted by Spanish side Real Sociedad.

Chelsea are also in the market for a striker this month as they look to ease the goalscoring burden on leading scorer Tammy Abraham, and according to the Mirror, have now switched their attentions to Piatek with first-choice Edinson Cavani closing in on a move to Atletico Madrid from Paris Saint-Germain.

With just days remaining until the transfer deadline, the Blues are now set to make an approach for Piatek as Frank Lampard desperately seeks additional firepower to continue the club’s push towards a top four finish and Champions League qualification.

The 24-year-old enjoyed a prolific season last year, scoring 30 goals in all competitions over spells at Genoa and Milan, joining the latter in January of last year for a fee in the region of €35m.

The forward has so far struggled to replicate that form so far this season, however, scoring just four Serie A goals with the Italian side prepared to allow him to leave should they receive a suitable offer.

Chelsea are now ready to make their move having endured a frustrating period in the transfer market so far this month, the club yet to make any new additions despite being tipped to be active following the lifting of their FIFA-imposed transfer ban.