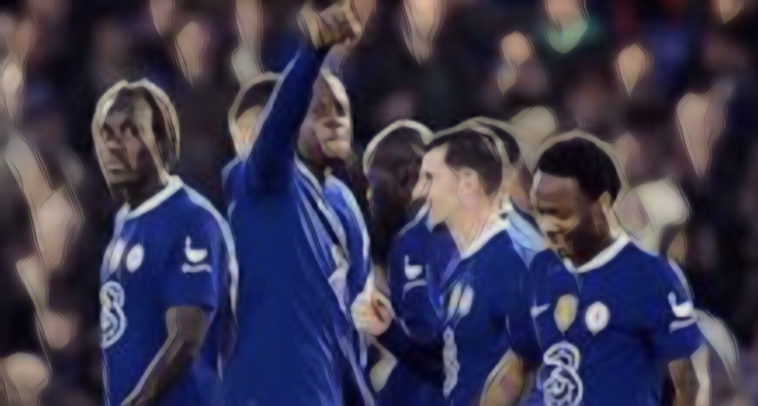 Chelsea cemented their place at the top of group E by beating Dinamo Zagreb 2-1 tonight in their final Champions League group stage game at Stamford Bridge.

The Blues came into tonight’s game on the back of a humbling 4-1 defeat to Brighton at the weekend, and they got off to a poor start when Bruno Petkovic nodded home from close range to give the Croatian side a shock lead after just seven minutes.

Chelsea would hit back 10 minutes later though, with Raheem Sterling netting his first goal in nine games. The England attacker latched onto a neat backheel by Pierre Emerick-Aubameyang before showing some tidy footwork and firing a low finish into the bottom left-hand corner.

On the half-hour mark, Graham Potters’ side would take the lead through debutant Denis Zakaria. The summer signing from Juventus has had to wait for his chance at Stamford Bridge, but the 25-year-old showed no signs of rustiness when the ball fell to him at the edge of the area and he fired a powerful low effort into the corner.

˚Chelsea pushed on to score a third goal in the second period, but their efforts would be in vain, with a serious-looking injury to England left-back Ben Chilwell – just weeks from the World Cup – ending the evening on a sour note.

“I thought he was really good,” Potter told BT Sport. ”You can see what he brings, the quality he has and he played with enthusiasm. He had good discipline and got forward when he could. I was really impressed with him.

“He certainly did more than we asked which was to give us competition there. He did everything he could. He helped the team and scored – a great debut.”

The English coach went on to admit that the injury suffered by defender Chilwell does not look good in terms of his England hopes.

“It doesn’t look positive. It’s a hamstring. We will have to scan it and see how it is.”