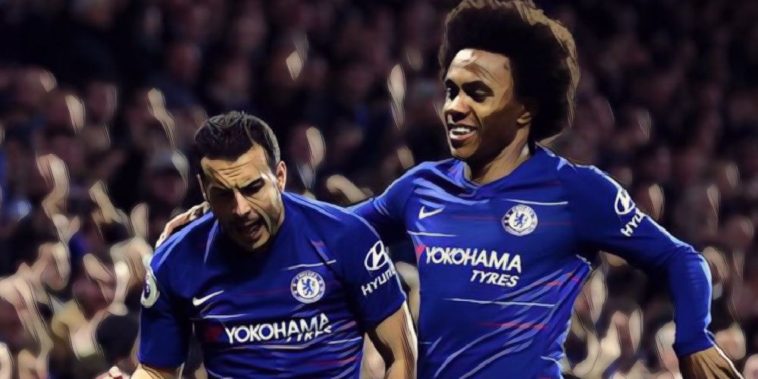 Chelsea have announced that Willian and Pedro have signed short-term extensions to their contracts in order to remain with the club until the end of the current campaign.

The Premier League has granted permission for clubs to agree short-term deals with players out-of-contract this summer, with both players having now signed terms to remain with the west London side until the end of the rescheduled season.

Chelsea have now confirmed that the veteran duo – whose current contracts were set to expire at the end of this month – will be available for selection for the remainder of the run-in, as well as for the club’s later involvement in both the FA Cup and Champions League.

Willian has featured regularly for Frank Lampard’s side so far this season and his new deal will be a welcome boost to the side’s hopes of securing a top-four finish, the Brazilian having scored five times and provided a further five assists in the Premier League so far this season.

The 31-year-old’s long-term future remains uncertain, however, with London rivals Arsenal and Tottenham both reportedly monitoring the winger ahead of a potential free transfer move, the winger having seen his request for a three-year deal turned down by the Chelsea hierarchy.

Pedro’s decision to sign a short-term extension comes after initial reports the Spaniard would leave Stamford Bridge this month, the 32-year-old having been on the fringes of the first-team during the current campaign and expected to sign for Roma ahead of next season.