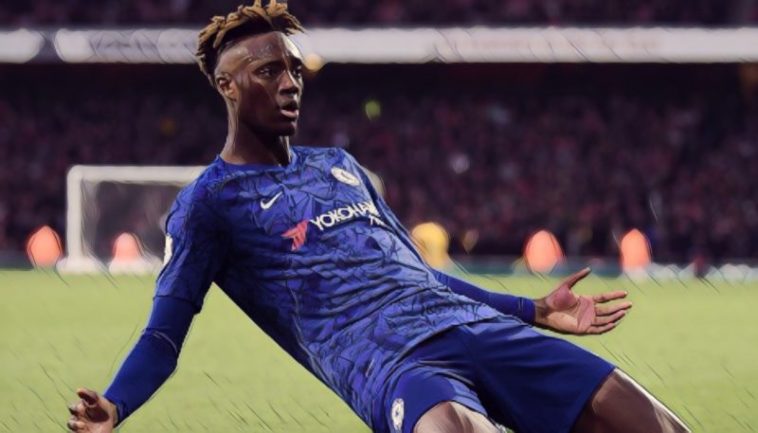 Chelsea have reportedly agreed a £34m deal with AS Roma for striker Tammy Abraham, the player set to link up with Jose Mourinho at the Stadio Olimpico.

The news of an exit from the club for Abraham has come as no real surprise, the striker having endured a difficult spell on the sidelines following the arrival of Thomas Tuchel as manager back in January.

While he still ended the campaign as the club’s joint-top scorer with 12 goals in all competitions, the 23-year-old often found himself out of the matchday squad towards the end of last season, with Tuchel favouring the likes of Timo Werner and Kai Havertz in the centre-forward role.

Despite being heavily involved in pre-season, the recent arrival of former Blues striker Romelu Lukaku has seemingly pushed Abraham even further down the pecking order, with the £97.5m Belgian forward likely to be the main man in attack this season.

Although he has endured a tough spell of late, the England international has seemingly not been short of suitors, the likes of Arsenal, West Ham and Atalanta all rumoured to be keen on securing his services before the August deadline.

However, as per the Express, it looks as if his future has been resolved, with Chelsea reportedly agreeing a £34m deal with Roma to prize him from Stamford Bridge.

The player is said to have agreed personal terms with the Serie A side and will fly out to Rome on Sunday, where he will carry out medical tests over the next few days before the deal is officially confirmed.

That move will see him link up with former Blues boss Jose Mourinho, the Portuguese having been in need of a replacement for Edin Dzeko, who is one of the players set to try and fill the void left by Lukaku at Inter Milan.

It will also bring to an end Abraham’s long affiliation with Chelsea, having originally joined the club way back in 2004, before eventually making his senior debut under Guus Hiddink in 2016.

Following successful loan stints at the likes of Bristol City and Aston Villa, the youngster was eventually handed his chance to impress in the Blues first-team under Frank Lampard two seasons ago, going on to register a respectable tally of 15 Premier League goals in the 2019/20 campaign.

He leaves the club having netted 30 goals in 83 appearances in all competitions, including 21 goals in just 58 top-flight games.