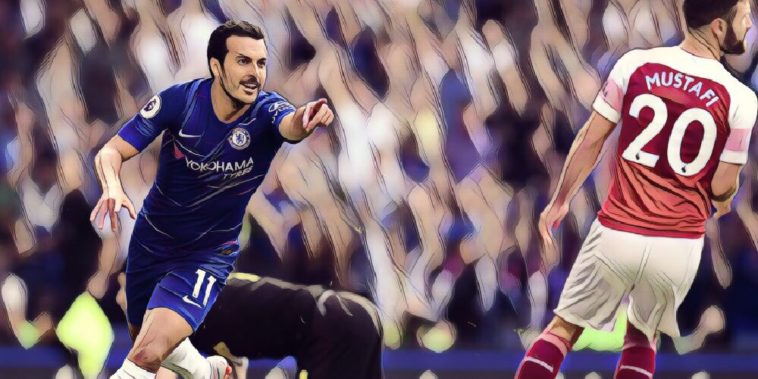 Here are five things we learned from the entertaining London Derby…

A tale of two shaky defences

It was all about who had the more penetrable defence that would decide the game. A half time score line of 2-2 tells you exactly everything about it after Mustafi and Sokratis were exposed time and time again by Willian, Pedro, Morata and Barkley.

At the other end, Iwobi and Mkhitaryan were doing just enough to create chances against the Chelsea back four. Rather than the team with the best attack, it would be the team who made the least defensive errors that were going to win this game – and that is exactly what happened.

Pierre-Emerick Aubameyang had a few good chances in the first half, but sadly for Gunners fans, he could not convert any of them. One of them in particular, he had a clear sight of the goal with absolutely no one in front of him but he still managed to blaze it high over the bar.

Later in the game, both Mkhitaryan and Iwobi also missed similar chances in front of an open goal that would have given Arsenal a clear advantage. Had Arsenal, and Aubameyang in particular made enough of their chances in the first half, the story could be different.

Lacazette will surely be looking at those missed chances and wondering why he is not starting.

Hazard the difference between the two teams

Eden Hazard was the difference between the two teams, despite only playing for 29 minutes. When Hazard came on, the score was 2-2.

Chelsea had been completely dominating the second half by keeping possession, with Arsenal happy to sit back. But when Hazard came on, that possession actually started turning into chances. They looked more threatening and eventually, Chelsea scored, with Marcos Alonso scoring the winner for the Blues.

Both managers have homework to do

The game saw both managers Emery and Sarri getting introduced to their first ever London Derby in the Premier League. However, after watching the game, both will be completely convinced that there is still a lot of work to be done with their respective teams.

Arsenal’s defence is Emery’s biggest problem, and with the transfer window now shut, he is going to have to do the necessary with limited resources. While Sarri’s attacking football seems to be knitting together, the ease in which Arsenal could carve open Chelsea at the back also highlights a problem still yet to be solved by the Italian.

Another disappointing display from Özil and Xhaka

The two Arsenal stars struggled against Manchester City last week and it was no different today.

Özil and Xhaka were non-existent in the first half with the duo having less than 50 touches combined in the first half. Xhaka was rightly taken off at halftime by Emery and replaced by new signing Lucas Torreira, and it seems clear now that Torreira might start the next game ahead of him.

As for Özil, he was also taken off in the second half, and with all that’s going on around the German at this point of time, this is probably not the way he would have liked to answer his critics – with two poor performances against big teams.

With the likes of Iwobi and Ramsey doing well, Emery will have to consider his options if Özil continues to underperform.