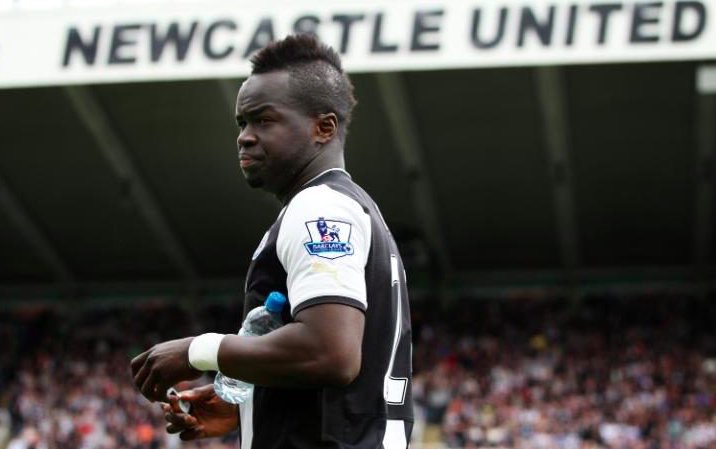 The club released a statement saying that he suddenly ‘fainted’ and that his death was tragic.

Tiote moved to Newcastle from Fc Twente in 2010 and was regarded by fans and coaches as a humble and hard-working player. Tiote played as a defensive midfielder and was renowned for his endless stamina and tackling like a certain N’Golo Kante.

When asked about his tackling, he would respond with a shy smile and say:

He made 139 appearances for Newcastle and score just the one goal but he made the one goal, a goal to remember. Newcastle had been 4-0 down at half-time but had scored there goals in the second-half before Tiote scored with a 25-yard thumping volley after a ball came out of the box and Tiote sent his left foot crashing down on the ball making perfect contact, the game would end 4-4.

Tiote will always be in the heart of Newcastle fans and probably football fans in general. He displayed an enthusiasm whether he played or not, an enthusiasm that some players lack.

He showed so much enthusiasm in training that all of his Newcastle managers told him to calm down. Above all, he showed a commitment to the clubs he played for, one thing is for sure Tiote played for the joy of football and not the money.

Here are a selection of some of the tributes on social media from clubs, fans and footballers alike:

We are devastated to have learnt of the tragic passing of former Newcastle United midfielder Cheick Tioté in China today. #NUFC pic.twitter.com/PCrIEUyugv

Devastating news of the death of Cheick Tiote. RIP. ⚫⚪

Very sad to hear of the death of Cheick Tioté. Rest in peace, Cheick 🙏🏼😞🇨🇮

Awful news, so sorry to hear about Cheick Tioté, my thoughts are with his family and friends

Awful news about Cheick Tiote. At his best, he was a warrior on the field. Never one to shirk a tackle. Quiet, even shy, off the pitch. RIP.

And here is that wonderful strike again:

This great goal will live forever. RIP Cheick Tioté, you will never be forgotten. 🙌🙏👏 pic.twitter.com/Ju4B1dcvHt