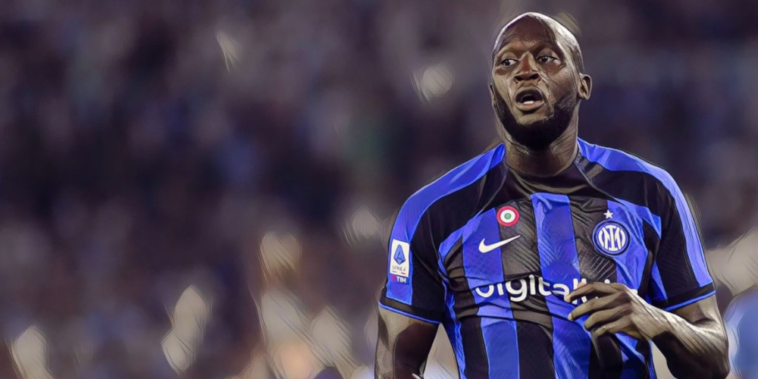 While much of the focus was on arrivals into the Premier League during the summer, the division also waved farewell to a number of notable names.

Some big-name players departed for new challenges during last summer’s transfer window and we’ve decided to check in on how six stars are faring at their new clubs.

Leeds proved powerless to keeping Raphinha out of the clutches of Barcelona, with the winger having called the move a ‘dream come true’ upon his unveiling at the Camp Nou.

The Brazilian had starred across two seasons in the Premier League and his performances at Elland Road soon piqued the interest of Europe’s elite.

As part of a summer overhaul, Barcelona agreed a £55m for the 25-year-old, who turned down reported interest from Chelsea and Arsenal to move to Spain. It’s been a mixed time since that switch however, with Raphinha having struggled to produce consistent performances in Catalonia.

He has scored once and laid on a further assist in nine La Liga appearances this season. Competition is fierce for a place in Xavi’s frontline and Raphinha will need to do more to secure a prominent place in his plans.

Paul Pogba’s underwhelming spell as a Manchester United player came to an end during the summer, as the midfielder rejoined Juventus on a free transfer.

Pogba had failed to produce consistent performances across six seasons at Old Trafford, with the France international having failed to live up to expectations since an £89m world-record move to the club.

He won a Europa League and League Cup double during his debut season, but the following five seasons passed without silverware. Pogba returned to Juventus during the summer, the club where he won four consecutive league titles and emerged as one of Europe’s best young talents before his move to Manchester.

V happy to be on the green again! ⚪⚫ #ForzaJuve pic.twitter.com/fNv33MK9yj

The 29-year-old is yet to make an appearance since his return to Turin however, having sustained a knee injury that required surgery during pre-season. He recently returned to first-team training in what will represent a major boost to the Italian side, who have struggled for points so far this season.

Max Allegri’s team are eighth in Serie A with just four wins from their opening ten games, while the club are on the brink of Champions League elimination after an embarrassing group stage loss to Maccabi Haifa last time out.

Romelu Lukaku’s return to Chelsea must rank as one of the Premier League’s worst transfer deals, with the Belgium international allowed to leave on loan just one season after his club-record arrival.

Chelsea were prepared to cut their losses on the £97.5m forward, who underwhelmed during a debut season that contained poor performances and controversial comments. Lukaku’s future appeared uncertain following the release of that Sky Italia interview, in which he discussed his hope for a return to Inter Milan just weeks after arriving at Stamford Bridge.

Lukaku was granted his wish after re-joining Inter during the summer on an initial loan deal. He scored 64 goals in 95 appearances during his first spell at the San Siro, but has made just three appearances since his return due to muscular issues.

Inter will hope Lukaku can regain his fitness and reignite a once fruitful partnership with Lautaro Martinez. The Nerazzurri are eight points off the pace in Serie A at present.

Sadio Mane’s exit from Liverpool was a major talking point of the summer transfer window, with the struggles of his former side this season having been directly linked by some to his departure.

Liverpool have struggled for consistent results and are eighth in the Premier League table at present, 14 points from the summit. The Senegal international was integral to Liverpool’s success during his time on Merseyside, with big goals, consistency and match-winning performances on the biggest of stages.

Sadio Mané has been directly involved in 3 goals in 4 games for Bayern in Group C (2 goals, 1 assist) 🔥@FCBayernEN || #UCL pic.twitter.com/wsu07DtWI8

He has hit the ground running since joining Bayern Munich, with the 2022 African Player of the Year having scored nine goals after 16 competitive matches for the Bundesliga champions. Mane was named as runner-up for the Ballon d’Or this week and has made an immediate impact in Germany, where he has averaged a goal or assist every 145 minutes in the Bundesliga this season.

The tenacity and endeavour that Mane brought to Liverpool has also been evident in the numbers, with only Alphonso Davies having recorded more than his 258 sprints at Bayern this season.

Timo Werner arrived to much excitement at Chelsea during the 2020 summer transfer window, but was allowed to leave just two seasons later after failing to meet expectations.

Werner had scored 95 goals in 159 appearances for RB Leipzig, though he failed to replicate that form after moving to the Premier League.

The Germany international had bright moments and won the Champions League during his debut campaign, but managed just ten goals in 56 league appearances for the west Londoners.

Leipzig offered Werner an exit and a return to the Red Bull Arena during the summer, where he has reacclimatised quickly during an impressive start to the campaign. The 26-year-old has scored seven goals and provided four assists in 13 appearances in all competitions, forming an exciting forward line with Christopher Nkunku.

Back in the goals and confidence restored, he will hope to have a major role in Germany’s upcoming World Cup campaign.

Edinson Cavani has found his form at Valencia in recent fixtures, having joined the Spanish side from Manchester United during the summer.

A fan favourite at Old Trafford, he struggled for opportunities last season under Ole Gunnar Solskjaer and latterly Ralf Rangnick due to fitness issues and the presence of Cristiano Ronaldo.

Cavani arrived at Valencia short of fitness but has scored three goals in his last two La Liga appearances. The 35-year-old netted a brace during Valencia’s 2-2 draw with Elche, before adding another goal against Sevilla.

Edinson Cavani has three goals in his last two games for Valencia 🏹 pic.twitter.com/5cKrwZmLgT

One of the great goal scorers of his generation with 375 club career goals, he is now offering an experienced focal point for a rebuilding Valencia team at the Mestalla. Having already succeeded in Italy, France and England, he will now hope to make his mark on Spanish football during the latter stages of his career.