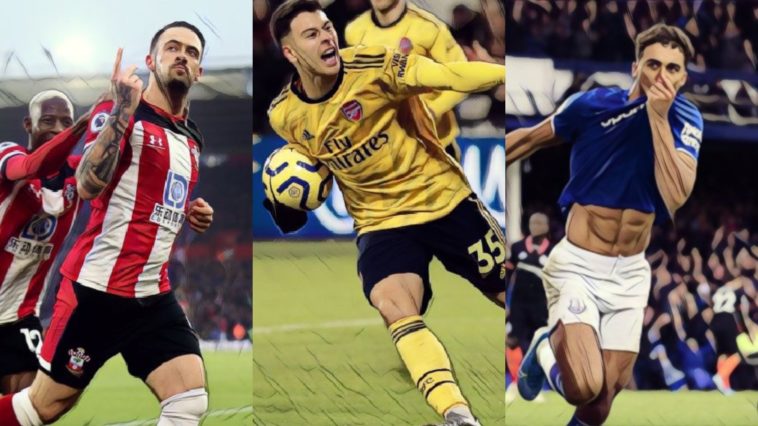 Who is the best Fantasy Premier League option up front as we head into Gameweek 25?

It’s been a tough ride for FPL managers when it comes to strikers of late. Marcus Rashford has racked up ailments after going on the best run of his career, Jamie Vardy has gone off the boil through a combination of poor form and injury, while Tammy Abraham has been overplayed to the point where he will miss a few weeks of action with an ankle issue.

Meanwhile, the Pukki Party has been on hold for a long while, and Callum Wilson has barely been able to get a shot on target after scoring in each of the first seven gameweeks. These are all players I have owned at one point or another, so maybe… I’m the problem?

With that in mind, feel free to ignore my advice on which strikers to bring in! This week we’re looking at some cheap options which will hopefully give you a leg up over other managers. All of the forwards mentioned here are £7.0 and below.

Five cheap FPL forwards you should consider for Gameweek 25:

One of the most in-form strikers in the league right now, only Sergio Aguero has scored more than Dominic Calvert-Lewin’s five goals in the past six gameweeks.

The Everton attacker has flourished under Carlo Ancelotti, taking 23 shots, 20 of which were inside the box and 10 were on target – only Roberto Firmino has bettered those numbers since gameweek 19, although the Liverpool number nine has played an extra match in that time.

The only question is whether or not his current form is sustainable. He is outperforming his expected goals (3.01 xG), but he is getting enough good chances to convince you he is capable of continuing his scoring run. Calvert-Lewin has always had a reputation as a hard worker with little end product, perhaps that is beginning to change this season.

Danny Ings’ production has slowed down in recent weeks, but that’s mostly down to Ralph Hasenhuttl giving the striker a rest over the busy winter period. The Southampton manager can afford to after his side went on an incredible run of form ever since that 9-0 defeat to Leicester City.

Ings has been to the forefront of that recovery, scoring 10 times in the last 13 matches, with the team looking up towards European qualification rather than down at the bottom three. He has drawn a blank in his last two appearances, although one of them was a 20 minute cameo during the 2-0 win over Crystal Palace.

The Englishman’s numbers are still pretty good though. He’s scored three times in the past six gameweeks, taking 17 shots inside the box, five of which were ‘big chances’. The Saints play Liverpool on Saturday, so maybe give that one a miss, but after that, they have a great run of fixtures that you would expect Ings to find the net.

Chris Wood is having a lowkey, yet stellar season with Burnley. The former Leeds United striker has already matched his best tally for a Premier League campaign with ten goals so far, and is looking good to add to it.

The New Zealand international endured a slow start to the season, but has found the net three times in the past four games. You would like to see him taking more shots (13 in the past six gameweeks), but he does have five big chances to his name and a steady 2.79 xG.

With Ashley Barnes expected to be missing for an extended period of time following hernia surgery, Wood will be guaranteed starts in the coming weeks and he is a big differential with just 1.5% of managers owning him at the time of writing. Having defeated Leicester and Manchester United in successive games, the Clarets seem to have regained some good form too.

Podcast: Lying on the couch questioning my will to live

Having missed a large chunk of the season through injury, Troy Deeney returned with a bang for Watford, scoring five goals during a hot run of results for the Hertfordshire outfit.

Four of those goals have come in the last six gameweeks, but it’s the underlying numbers that really catch the eye. The forward has taken 17 shots, 16 from inside the box, 10 of which were on target, and six big chances, while he also has an impressive 4.39 xG.

It’s also worth considering the fact that Deeney is on penalties, which gives him an edge over some of the other cheap striking options available.

Pierre Emerick-Aubameyang might be returning to the Arsenal matchday squad after serving his three match suspension for a straight red card against Crystal Palace, but Gabriel Martinelli made a very strong case for retaining his place in the lineup following his spectacular solo goal against Chelsea.

That was his second goal in succession after his strike against Sheffield United, and the Brazilian looks like he has the makings of a top-class talent for the future. The question is if Mikel Arteta believes he is also the man for right now.

Although the Gunners are not playing in gameweek 28, their fixture list looks very favourable from here until April. Up next they have Burnley, against whom they will need someone who can hold up the ball. That is not Aubameyang’s strength, but it certainly is Martinelli’s.

Read: Six Premier League records that could be broken this season

See Also: Every game Liverpool has lost since the beginning of last season