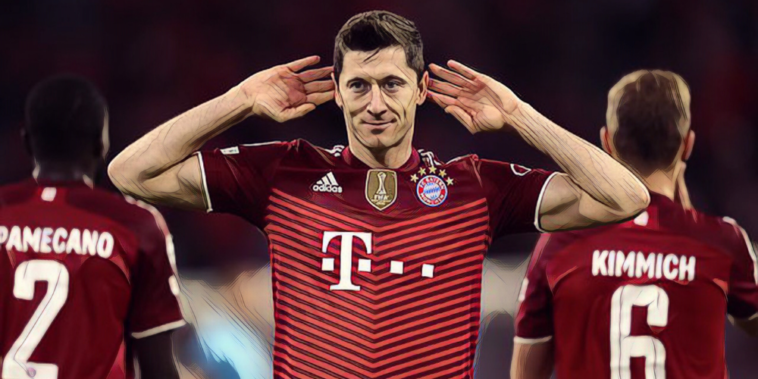 The UEFA Champions League continues to provide elite entertainment and each matchday we delve through the action to pick out some of the competition’s leading performers.

Matchday two saw Paris Saint-Germain beat Manchester City in a clash between two of the pre-tournament favourites, with Lionel Messi getting up and running in the Ligue 1 side’s colours.

Elsewhere Liverpool moved closer to the knockout stages with an emphatic win at Porto and Manchester United left it late against Villarreal, but there was defeat for Chelsea who slipped to a disappointing loss at Juventus.

Following the midweek action, here is our Champions League Team of the Week for Matchday two.

The most difficult selection on our team sheet following a series of goalkeeping masterclasses in matchday two, with both Gianluigi Donnarumma and David de Gea deserving of honourable mentions following outstanding displays between the sticks.

It’s difficult to look beyond FC Sheriff’s Georgios Athanasiadis, however, who was the catalyst behind the Moldovan debutants earning a seismic shock with a win at Real Madrid.

Athanasiadis’ 10 saves was the second-most any goalkeeper has made in a Champions League fixture since the start of last season, whilst it was also the most any ‘keeper has made at the Bernabeu whilst still emerging on the winning side.

🧤 Georgios Athanasiadis made 10 saves in FC Sheriff's historic 2-1 win at Real Madrid on Tuesday night; Only Ruslan Neshcheret (12 vs Barcelona) has made more in a #UCL match since the start of last season

The on-loan Greek has now remarkably conceded just one goal across Sheriff’s final qualifier and opening two group stage games, despite an xG conceded figure of 6.08.

The second member of FC Sheriff’s victorious side to make our Team of the Week, right-back Fernando Costanza produced a brilliant all-action performance to help contain the record 13-time winners at the Bernabeu.

Costanza was faced with the in-form Vinicius Junior and stuck to his task admirably throughout, his nine ball recoveries more than any other player on the pitch.

What a performance in a historic win. 🤩 pic.twitter.com/wVTp5NQ7No

The 22-year-old also won eight duels and regained possession seven times inside the defensive third, whilst providing an outlet down the right-hand side.

The Brazilian and fellow full-back Cristiano – the latter having registered three assists in two Champions League fixtures – have caught the eye for Sheriff, who have swiftly made their presence known despite their newcomer status.

Benfica inflicted more misery on crisis club Barcelona with a 3-0 thrashing of the Catalan side, a victory that leaves the Portuguese outfit in a strong position to secure qualification to the knockout stages.

Darwin Nunez’s double took the headlines, but it was a fine performance from captain Lucas Veríssino that ensured Benfica emerged with a clean sheet despite the visitor’s dominance of possession.

The 26-year-old’s block to deny Luuk de Jong with the score at 1-0 was magnificent, a last-ditch lunge to prevent the Dutch forward with the goal gaping.

Zenit St Petersburg made light work of minnows Malmo, securing a 4-0 win against the 10-man Swedes to move level on points with Chelsea in Group H.

The home side dominated from start to finish in a comfortable victory, with centre-back Yaroslav Rakitskyi finishing the clash with two assists to his name.

Rakitskyi’s first came after some fine footwork inside the box, feigning past a defensive challenge before lifting a cross onto the head of Daler Kuzyaev to double Zenit’s advantage early in the second half.

The Ukraine international had Aleksei Sutormin to thank for his second assist of the evening, the latter’s wonderful effort from distance capping a pleasing performance from the Russian champions.

Brazilian football has a long lineage of galavanting full-backs and FC Sheriff’s Cristiano has harnessed his inner Roberto Carlos across the opening fixtures of the Moldovan’s Champions League campaign.

The 28-year-old produced two moments of brilliant quality as Sheriff beat Shakhtar in their opening fixture, before a wonderful delivery from wide provided the assist for Uzbekistan international Jasurbek Yakhshibaev to head home an opener against Real Madrid.

In a historic win that saw the Moldovans ride their luck to secure three points in the Spanish capital, it was Cristiano’s cross that provided the platform for Sheriff’s smash-and-grab victory.

Pep Guardiola expressed his ‘love’ for Marco Verratti following the midfielder’s performance in PSG’s victory over Manchester City, with the Spaniard eulogising about the talents of the opposition’s number six.

Verratti was at the heart of PSG’s performance, the midfielder thriving in tight spaces and frustrating the visitors with his resistance to their press.

The Italy international – who had not featured for PSG since August – finished the clash with a pass accuracy of 93%, failing to misplace any of his attempted long balls and completing five of his six attempted take-ons through the midfield.

Liverpool’s depleted midfield options have provided Curtis Jones with a chance to restate his claim for a starting role, with the 20-year-old’s performance at Porto underlining his huge potential.

Jones was central to an emphatic 5-1 win for the Reds at the Estádio do Dragão, drifting dangerously into the left channel and showing purpose with driving runs forward from deep.

Jones’ parried shot led to the opener for Mohamed Salah and he was involved in all five goals, including claiming two assists as Liverpool ran riot in the second half.

Porto must be sick of the sight of this Liverpool team.

Liverpool have now scored 14 goals across their past three visits to face the Portuguese side, following a 5-1 win in matchday two that places Jurgen Klopp’s side in control of Group B.

Mohamed Salah continued his rich run of form with two goals for the Reds, tapping home the opener from close range, before a confident second as Liverpool capitalised on some calamitous defending from their hosts.

It’s now eight goals in eight appearances for Salah so far this season, the Egyptian having been in scintillating form in recent weeks.

Leroy Sane is in sensational form at present, having found his feet under new manager Julian Nagelsmann at Bayern Munich.

The winger has now provided nine goal involvements in just eight starts across all competitions this season, after scoring one and providing another in Bayern’s 5-0 thrashing of Dynamo Kyiv.

Sane was electric down the left to give Oleksandr Tymchyk a torrid time throughout, with the Bundesliga champions looking ominously strong even in the early stages of this Champions League campaign.

The Uruguayan was a menace throughout and netted his first after firing inside the near post, manoeuvring the space after a double step-over to beat Eric Garcia inside the box.

The 22-year-old could have had more after seeing an effort roll against the post with goalkeeper Marc-André ter Stegen in no man’s land, but netted his second in the closing stages after stepping up to confidently roll a penalty beyond the German.

Another Champions League evening, another two goals for the Bayern Munich forward who has now scored 13 goals in just nine appearances in all competitions for the Bundesliga side.

The Poland international was clinical once again in matchday two against Dynamo Kyiv, scoring a penalty to open the scoring before latching onto Thomas Muller’s pass to double his side’s advantage.

Lewandowski has now scored 32 goals in his past 26 appearances in Europe’s elite competition, utterly mind-boggling numbers for a footballer who will be key to Bayern’s pursuit of a seventh Champions League crown this season.