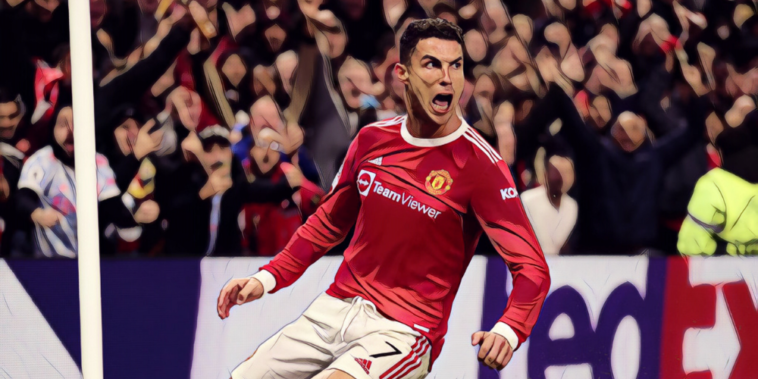 The UEFA Champions League’s knockout stages continue this week, with the latest last-16 fixtures including the return of the holders to action.

Chelsea’s defence of the Champions League resumes with a clash against Lille, whilst Cristiano Ronaldo will take on one of his favoured opponents as Manchester United meet Atletico Madrid.

Ahead of the week’s Champions League action, we look at the major talking points surrounding the sides in action.

Romelu Lukaku’s contribution, or lack of, to Chelsea’s weekend win at Crystal Palace has been unmissable news this week with the forward having set an unwanted Premier League record at Selhurst Park.

Lukaku had just seven touches, a Premier League record low for an outfield player who has completed 90 minutes since the data was first collected in the 2003/04 season.

It is a truly damning statistic and one which demonstrates just how Lukaku has appeared an unnatural fit for Thomas Tuchel’s side so far this season.

The version of the Belgium international who fired Inter Milan to the Serie A title last season had been replaced with a poor imitation, disconnected from proceedings at Palace and showing little of the threat that saw the 28-year-old score 24 goals and provide 10 assists in just 36 league appearances in 2020/21.

Lukaku has ten goals in all competitions during the current campaign, a leading total at Chelsea but a modest return considering the club’s £97.5m investment.

The Belgian is not entirely responsible for the blame, with the service provided having also been poor. Lukaku flourished at Inter Milan when allowed space to burst into, but Chelsea’s controlled approach has restricted his space in behind and led to him being used primarily as a target, a scenario which reduces his threat.

Signed as the man to fire Chelsea to major silverware this season, Tuchel will need to fix the teething issues between his side and the marquee man if the west Londoners are to have any chance of retaining their crown.

Dusan Vlahovic became one of the most sought-after talents in world football following his exciting emergence at Fiorentina, the forward having equalled Cristiano Ronaldo’s record for Serie A goals in a calendar year throughout 2021.

The 22-year-old has scored 18 league goals already this season and in January completed a move to Juventus, with the Bianconeri keen to rebuild their side around the Serbian sharp-shooter.

Vlahovic has drawn comparisons to Erling Haaland and will now have the chance to test himself on the Champions League stage, having seen Haaland and Kylian Mbappe light up the competition as the superstar strikers set to define a generation.

Vlahovic will now hope to prove he belongs in that company ahead of his tournament debut, as Juventus take on Villarreal in the first leg of their last 16 tie.

The €70m addition has endured an underwhelming start despite scoring on his debut for Juventus and will hope to break that run against the Europa League holders.

Juventus head into the clash in promising form, having recovered from a shaky start to rise to fourth in Serie A on the back of a 12-game unbeaten run.

Manchester United have been handed a challenging tie after being drawn to face Atletico Madrid, the Spanish champions always a threat on this stage despite an indifferent campaign to date.

Atletico ended a run of three straight defeats to beat Osasuna 3-0 at the weekend, a much-needed confidence booster ahead of the first leg at the Wanda Metropolitano.

Diego Simeone’s side will be well aware of the threat Cristiano Ronaldo can pose, having been haunted by the Portugal captain in past campaigns.

Ronaldo has scored an incredible 25 goals in just 35 appearances in all competitions against Atleti, whilst he formed part of a Real Madrid side that eliminated their city rivals in four straight seasons in the Champions League – including two final defeats – between 2014 and 2017.

The last time Ronaldo faced Atletico Madrid in a knockout round fixture in the UCL 😏👀 pic.twitter.com/Xiw0uzuUIn

Ronaldo also scored a stunning hat-trick as Juventus overturned a 2-0 first-leg deficit to beat Atletico during the 2018/19 season and there will no doubt be trepidation from Los Colchoneros at another meeting with the five-time Ballon d’Or winner.

The 37-year-old has scored 15 goals in all competitions this season and has saved his best for the Champions League, another memorable night under the lights possible as he prepares to renew rivalries with a favoured opponent.

Just five clubs have ever won the Champions League on more occasions than Ajax, but in the modern era where finances rule all the four-time winners are outsiders for European success.

Ajax have continued to compete with Europe’s elite despite a continued conveyor belt of talent leaving Amsterdam, the Eredivisie champions having long unearthed and developed players before allowing them to move on for huge fees.

This season, however, Ajax have looked like a side who can challenge the best.

Sébastien Haller scored a hat trick in his 50th game for Ajax on Sunday.

He already has 41 goals and 15 assists for the club 🔥 pic.twitter.com/p466WwqkEl

Admittedly, their group was rather straightforward, but a return of six wins from six and 20 goals scored from clashes with Borussia Dortmund, Sporting Lisbon and Besiktas has raised optimism in Amsterdam.

Ajax meet Benfica in the last 16, another side used to seeing their biggest assets prised away. Having dismantled Sporting in the group stages, Ajax will be confident of reaching the last eight and a stage of the competition where almost anything becomes possible.

Currently on a 10-game winning streak in all competitions and boasting the Champions League’s leading scorer among their ranks in Sebastien Haller, Erik ten Hag’s side will enter the knockout stages with a fearless approach and with ambitious dreams of recreating the club’s famous 1995 triumph.