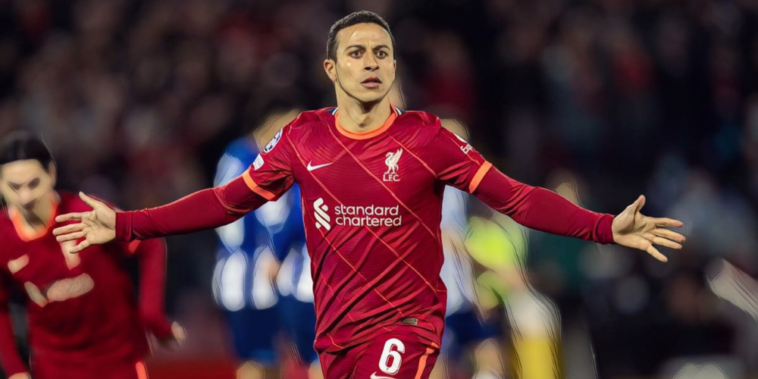 Our Champions League awards honour the best – and worst – of the midweek football action.

It’s been a long time coming, but Jadon Sancho is off the mark as a Manchester United player, scoring his side’s decisive second as the Red Devils beat Villarreal to progress to the knockout stages.

Sancho has struggled since his £72.9m move from Borussia Dortmund during the summer, failing to provide a single goal or assist in 14 appearances as he failed to settle into his new surroundings.

Handed an opportunity from the start by caretaker manager Michael Carrick, the winger was the brightest spark for his side as United rode their luck to snatch a late win and qualify as group winners.

Proud to score my first goal for @ManUtd in the best competition in world football @ChampionsLeague !
Great team effort from the boys tonight, we build from this. 🔴 pic.twitter.com/50Milb4Cc7

Sancho’s goal was an emphatic finish as the England international will hope this can be the springboard for his career with the club, having arrived with a reputation as one of Europe’s most productive wide forwards.

It’s easy to forget that Sancho is still just 21-years-old and – with an elite coach who knows how to get the maximum from his talents – can be an irreplaceable figure in this side for seasons to come.

Sporting Lisbon are through to the Champions League’s knockout stages for the first time in over a decade, having bounced back from defeats in each of their opening two fixtures to seal progress.

Since losing successive fixtures to Ajax and Borussia Dortmund, the Portuguese champions have thrashed Besiktas home and away, before a 3-1 win over Dortmund in matchday five earned their place in the last 16.

Central to the success of Sporting has been Pedro Gonçalves, a goalscoring midfielder drawing comparisons to Bruno Fernandes and attracting interest from the Premier League.

Pedro Gonçalves has been directly involved in 9 goals in his last 10 appearances in all competitions — scoring 8 and assisting 1.

Such a talent. 🇵🇹 pic.twitter.com/td6Q6zcu7Y

The 23-year-old scored twice in the win over Dortmund, his second a stunning strike from the edge of the area to double Sporting’s advantage in a win that eliminated the beaten Bundesliga side.

Gonçalves – or Pote as he is known – scored 23 goals as Sporting won a first league title since 2002 last season and has continued this season in a similar vein, scoring nine goals in just 10 league and Champions League appearances this season.

His double against Dortmund saw Gonçalves become just the second Portuguese player – after Cristiano Ronaldo – to score successive Champions League braces and the quality of his touch, movement and finishing will have alerted Europe’s elite.

The latest round of Champions League fixtures saw some fine goals scored, with both Robert Lewandowski’s acrobatic overhead kick and Silvan Hefti’s stunner for Young Boys deserving of honourable mentions.

It’s difficult to look past Thiago Alcantara’s exquisite strike to open the scoring for Liverpool against Porto, however, an execution of flawless technique to fire a bouncing ball home from distance.

🎥Thiago's screamer vs Porto: All angles

Thiago’s goal was masterpiece of technique and control, cutting across the ball to laser an effort of perfect precision and set Liverpool on their way to a 2-0 win at Anfield.

Barcelona and Benfica met at the Camp Nou in matchday five, with both sides hopeful of joining group winners Bayern Munich in the knockout stages.

The clash resulted in a goalless draw in Catalonia, but it was anything but dull as the two sides each saw disallowed goals and missed a host of glorious chances.

The very worst spurned opportunity came from Haris Seferovic, a miss that had his manager utterly dumfounded and one that even watched on countless occasions is difficult to comprehend.

Benfica had the chance to snatch a precious win in stoppage-time as the Portuguese side broke quickly on the counter, with Darwin Nunez playing in Seferovic with just the goalkeeper the beat.

Benfica break with a numbers advantage in the 93rd minute and Haris Seferovic still somehow doesn't score against Barcelona! 😬

The Switzerland international got a huge stroke of good fortune as his first effort bobbled up over the onrushing Marc-André ter Stegen, providing the forward with an open goal.

The 29-year-old proceeding to prod the ball wide with the goal gaping, leaving Jorge Jesus on his hands and knees in utter disbelief.

Paris Saint-Germain’s trip to Manchester City ended in defeat as the Premier League champions came from behind to win at the Etihad, condemning the visitors to second-place in Group A.

It was a night of landmarks for Kylian Mbappe despite the defeat, however, with the forward opening the scoring to become just the 11th player to score 20 away goals in the Champions League.

The France international has achieved the feat in just 23 games, faster than any other player in the competition’s history.

20 – Kylian Mbappé has become just the 11th player to score 20 away UEFA Champions League goals, reaching that tally in just his 23rd away appearance, fewer than any of the previous 10 players reached 20 goals on the road. Travels. pic.twitter.com/kg3HvYvNWy

Mbappe also made his 50th Champions League appearance at the Etihad, becoming the second-youngest outfield player to reach the milestone aged 22 years and 339 days.

He trails only Cesc Fabregas, who made his 50th appearance in the competition at just eight days younger.

Borussia Dortmund crashed out of the Champions League following a 3-1 loss at Sporting Lisbon, the Bundesliga side resigned to the Europa League after losing each of their past three group stage fixtures.

Dortmund won their opening two games of the campaign, but have since endured a nightmare in the Champions League and a miserable night in the Portuguese capital was compounded by Emre Can’s red card.

Can – who came on as a half-time substitute in Lisbon – was sent off in the second-half, the former Liverpool midfielder involved in a clash with Pedro Porro after he refused to kick the ball out of play for an injured opponent.

Can also appeared to kick out at Porro following a late challenge before standing on the Sporting star, a moment of ill-discipline that all but ended Dortmund’s faint hopes of a fightback.