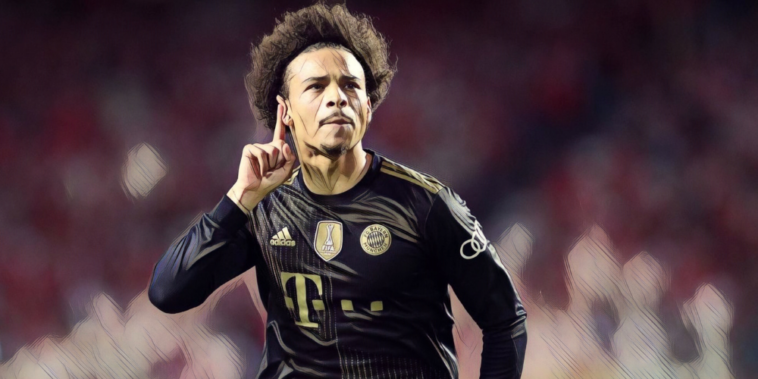 Our Champions League awards honour the best – and worst – of the football action from the midweek fixtures.

Ole Gunnar Solskjaer is said to have called an ’emergency meeting’ with his Manchester United players following last weekend’s loss at Leicester, the type of rallying cry that often only comes amid increasing outside pressure.

The Norwegian must have feared the worst as the Red Devils squandered a series of chances and found themselves two goals down at half-time to Atalanta, only for his side to respond in some style to secure a comeback win at Old Trafford.

Predictably, it was Cristiano Ronaldo who found a crucial winning goal for his side, rising magnificently to meet Luke Shaw’s cross and net for the third consecutive Champions League fixture.

Yes! The Theater Of Dreams is on fire! We are alive! We are Man. United and we never give up! This is Old Trafford! 🔴⚪️⚫️ 💪🏽 pic.twitter.com/3rsmOBpS8H

Ronaldo’s role has been questioned since his arrival from Juventus during the summer, but there have been few greater match-winners in the history of the sport and the 36-year-old proved himself as the man for the occasion once again.

Ronaldo’s moment of quality – incredibly the 140th headed goal of his career – ensured a pressure-relieving win for Solskjaer’s side, ahead of what shapes as a defining run of fixtures in the club’s season.

Up next – Liverpool at Old Trafford.

Bayern Munich have started their Champions League campaign in ominous fashion, the Bundesliga champions maintaining their 100% start to the group stage with a 4-0 win at Benfica.

The Bavarians were made to work for the win despite the emphatic scoreline, the game goalless for the first hour before a second-half surge – led by the irresistible Leroy Sane – secured all three points in Lisbon.

Sane has come alive this season under the management of Julian Nagelsmann and flourished in a new central role, drifting dangerously off Robert Lewandowski and granted a licence to roam to either flank.

Sane was scintillating and opened the scoring with a sublime free-kick, before teeing up Lewandowski for his customary goal with some neat footwork and balance inside the box.

The 25-year-old capped a stellar showing with his side’s fourth, the Germany international having now provided 14 goal involvements in just 13 appearances across all competitions so far this season.

Karim Benzema’s phenomenal exploits for Real Madrid this season have somewhat overshadowed the excellent campaign of Vinicius Junior to date, the winger having found the consistency to match his talent during the opening weeks of the season.

The 21-year-old was unplayable as the record 13-time winners thrashed Shakhtar Donetsk in Kyiv, scoring twice and providing another as his speed and dazzling footwork dumbfounded the Ukrainian side.

Vinicius netted a first with a clever chipped finish over the goalkeeper after being found by Luka Modric, though it is his second that earns our Goal of the Week accolade following a superb solo run.

The Shakhtar defence were terrified to challenge the winger as he skipped through a succession of challenges, throwing two step-overs before dancing into the box and firing home.

It’s now seven goals and five assists already for Vinicius this season, a breakthrough campaign for a player beginning to fulfil his vast potential.

Performance of the Week

Manchester City’s utter dominance of Club Brugge deserves a mention, but it’s hard to look past Ajax’s stunning dismantling of Borussia Dortmund for our Performance of the Week.

The two teams faced off in matchday three with two wins apiece from their opening fixtures, but it was Ajax who took control of Group C and maintained their perfect record.

Antony netted a third with a crisp bending finish inside the far post, with the win sealed by Sebastien Haller’s header – the forward scoring for the sixth time in just three Champions League appearances this season.

Erik ten Hag’s side have been in fine form this season and look capable of providing a problem in this season’s competition.

Manchester City blew apart Club Brugge in devastating fashion on Tuesday evening, dismantling opposition that had sprung a surprise in earning results against both Paris Saint-Germain and RB Leipzig so far this season.

It was a dominant display from Pep Guardiola’s side and another example of the ruthless fashion that City often punish teams when at their best, their 5-1 win remarkably the 40th time the club have scored 5+ goals in a fixture since Guardiola’s arrival at the Etihad in 2016.

That haul is, incredibly, as many as both the second (Liverpool) and third-most (Tottenham) teams in English football have managed combined across that same period.

5+ – Manchester City have scored 5+ goals in a game 40 times since Pep Guardiola took over, which is as many as the second and third-most combined in English football during this time:

City’s five-star showing also extended Guardiola’s record as the manager to have seen his side score five or more goals in the Champions League on the most occasions (19) – more than twice as many times as the joint-second managers in Arsene Wenger and Sir Alex Ferguson (8).

5+ – This is the 19th time a Pep Guardiola side has scored 5+ goals in a UEFA Champions League match, more than twice as many times as any other manager's sides have done so (Arsène Wenger and Sir Alex Ferguson, 8). Barrage. pic.twitter.com/vxPD8jmv1L

Borussia Dortmund’s capitulation at Ajax had no shortage of contenders for our Donkey of the Week, the likes of Nico Schultz and Axel Witsel hugely fortunate to escape this unwanted accolade.

Mats Hummels’ showing is our pick as the worst performance of the Champions League’s matchday three however, the veteran defender struggling to live with the vibrancy of the Ajax attack.

Hummels conceded the free-kick for the opener and twice fluffed his clearance in the build-up to Ajax’s second goal, whilst he failed to deal with the physical presence of Sebastien Haller and lost the forward as he netted the Dutch side’s fourth of the evening.

One to forget for the Dortmund defender.