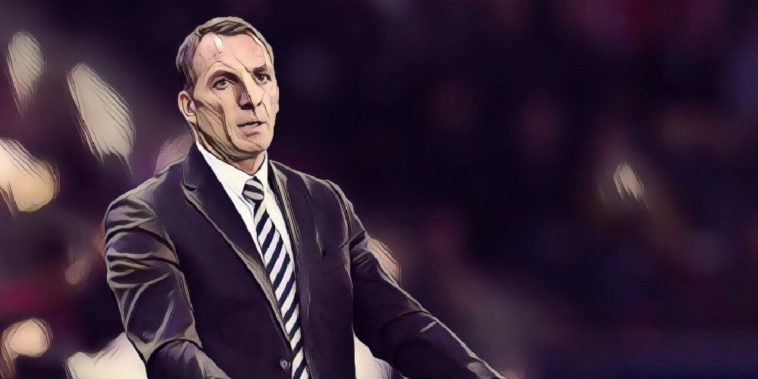 Brendan was left incensed by Motherwell’s breaking of an unwritten rule that lead to the visitors solitary goal during Celtic’s 4-1 win at Parkhead.

Goals from Scott Sinclair, Oli Burke and a brace from Odsonne Edouard ultimately gave the Hoops another victory, sending them eight points clear at the top of the Scottish Premiership.

Gboly Ariyibi’s 51st minute goal for The Well was a source of consternation and acrimony among the Celtic players and fans, however, after the away side took advantage of a throw-in awarded to them after Celtic put the ball out of play so one of their players could receive medical attention.

While there is no rule governing teams to return the ball after an injury to an opposition player, it’s is considered good sportsmanship to do so and is generally adhered to by all players.

While Celtic came away with the win, Rodgers fumed about the incident after the game:

“It was a really disappointing act on a football pitch. My players have had a really tough game on Thursday with 10 men and then come into what we know is going to be a tough game today against a team who is doing very well and get 2-0 up with some good goals, really good quality, to have that control in the game and then to have that goal against,” Rodgers told his post-match press conference.

“Sometimes the referees up here get criticism but the criticism goes to the players, because that wasn’t a good act at all.

“And Motherwell have got the opportunity to redeem themselves and maybe let us score but it wasn’t the case.

“They push on and wanted to try and push for an equaliser and that’s why I am so proud of the team because they showed not just their qualities, their guts, their determination, playing out of position, young players like Ewan Henderson who was brilliant today.

“Players who haven’t played for a while going and getting the 4-1 win is why I’m so proud of them. My only disappointment was that the players have a goal against them they didn’t deserve because they were heroic in how they worked and everything they put in the game. Like I say, they take pride in not conceding.

“Absolutely, it’s there to be done but it’s a goal that should never have stood so they had a chance to do something about it and unfortunately for the game it didn’t happen.”