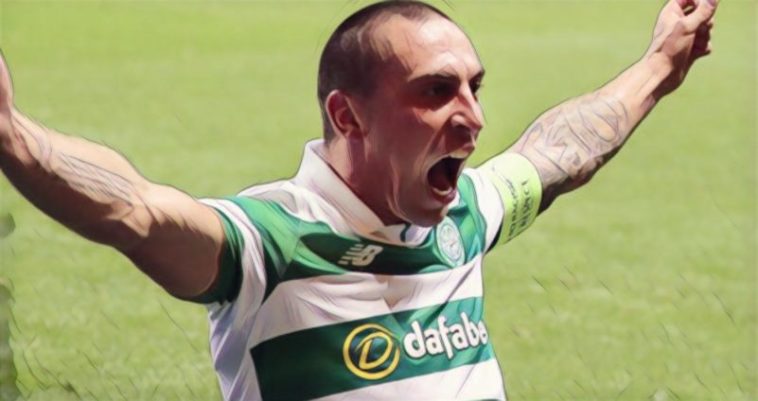 Celtic captain Scott Brown has admitted that he came close to moving to the Premier League with Newcastle back in 2010.

The former Scotland international had at the time become embroiled in a massive falling out with Celtic coach Tony Mowbray and had been told to find himself a new club.

Brown, who has won eight SPL titles with Celtic since joining the Hoops from Hibs in 2007, has admitted that he was seriously considering a move just South of the border at the time.

“It hit me like a hammer when he told me to find a new club,” Brown said in quotes sourced from the Newcastle Chronicle.

“I didn’t want to leave. I enjoyed playing for Celtic and all my family were here. But now I’m being told to find myself a new club.

“I had to get back on the phone and tell people I think I might be free to leave in January. Then all these offers start coming in and I’m thinking to myself, ‘Well, whatever happens happens’.

“I had an offer from Newcastle. There had been also interest from Harry Redknapp at Spurs and I was waiting to find out if he was still wanting to do something. So I’m sitting there thinking if I should go or not.”

However, Brown and Mowbray would eventually resolve their differences and Brown would soon not only be reinstated to the starting XI but he would be made club captain, a position he has served with distinction ever since.

“Fast forward a couple of weeks, I’m on the team bus going to Kilmarnock away after recovering from an injury. Mowbray has named me as a substitute.” He added.

“In the second half he tells me he’s sending me on at left back and then says, ‘As soon as you get on you take that armband. You’re going to be the captain now!’

“What was going through my head? I was thinking there was obviously no one else on the park for him to give it to.

“The armband had been given to about six players in the previous few weeks. Then it somehow eventually ended up with me. It felt a bit like Russian Roulette.

“Looking back, as absurd as it all was, that was the moment that changed my entire Celtic career. I suppose I’ve got to thank him for that.”