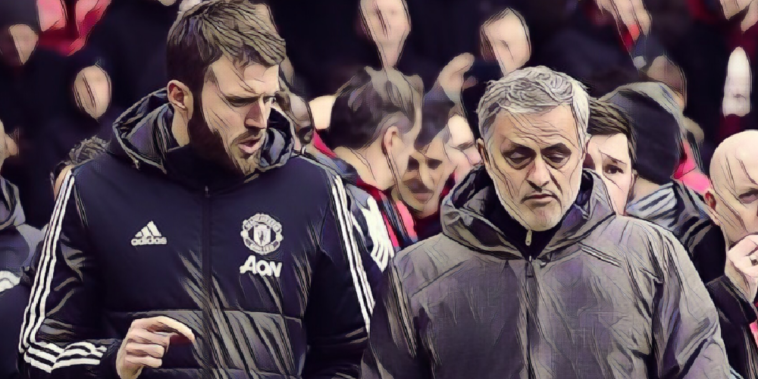 Mourinho has never really given youth players too much of an opportunity throughout his career as a manager, preferring to play tried and tested players to deliver instant success.

However, with Manchester United having a proud heritage of giving young players plenty of game time, Michael Carrick has said that the Portuguese deserves ‘a lot of credit’ for having the bravery to break with his philosophy to keep up with the club’s history.

“He does get the history,” said Carrick.

“For the manager to put him [Rashford] in and play him… and Scott [McTominay] last year… and give them games, big games as well.

“The manager has to take a lot of credit for that. That’s the constant challenge though isn’t it? That’s what everyone wants to see, that next one.

“They say it’s getting harder. But that’s a challenge for us as a club and for English football – you might not get tens and twenties, you might get five or six players – but it’s got to keep happening.”

“At the end of the day the academies are there to produce players and to give kids a chance of getting in first teams. Especially at United; you can’t ignore the history and traditions.

“When people ask me: ‘What’s my role now [at the club]?’ That’s a big part of the club. You can’t just neglect the history of the club and what it stands for. And bringing players through is a huge part of that. It’s always been that one, two, three, four – more players in some eras.

“That’s how it is and that’s how it should be. That’s the people in the academy constantly striving towards that and taking a pride in that. I think credit has to go to the club for Marcus and the amount of games that he has played.

“[But] you’ve got to be good enough. You’re not going to confer and say: ‘Oh, we haven’t had a kid in the first team for six months or a year or whatever. And we need one.’ You have to be good enough. Fortunately we as a club over a long time we have produced players that are good enough, the next crop now, that’s how it is now. Are you good enough?”