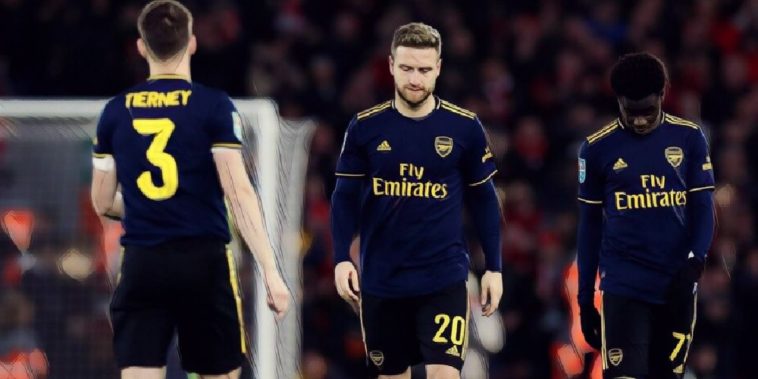 Jamie Carragher believes Shkodran Mustafi’s Premier League days are ‘gone’ and has urged Arsenal to offload the error-prone defender as soon as possible.

Mustafi made a rare start as Arsenal were beaten on penalties in the fourth round of the Carabao Cup by Liverpool on Wednesday evening, scoring an early own goal and producing a typically calamitous display at the back in a frankly remarkable 5-5 draw at Anfield.

The 27-year-old is yet to start a Premier League fixture for Unai Emery’s side this season and has been marginalised by the Arsenal boss, and Carragher believes there will be no coming back for a player who has proven he cannot be relied upon at the highest level.

“Those days are gone, Mustafi playing in the Premier League,” the former Liverpool centre-back said on Sky Sports.

“I don’t think how he played tonight has changed that. He’s just one of those defenders who makes mistakes and it affects other people.

“When you play with someone who makes you nervous, you can’t play your own game. You’re always worried he’s going to make a mistake. I think the quicker he’s gone, the better for everyone.”