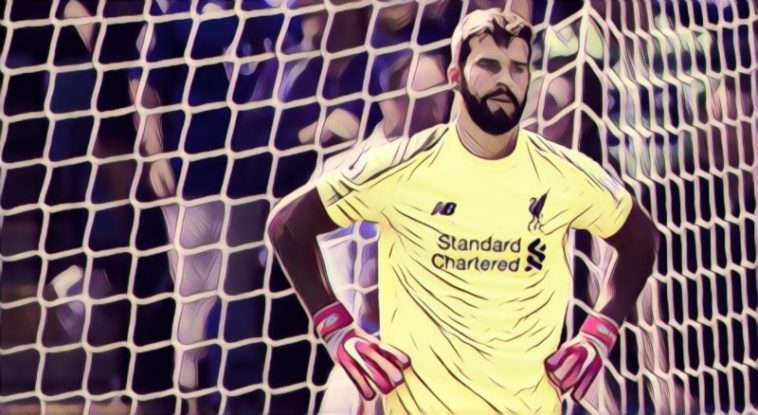 Jurgen Klopp’s men maintained their 100% record in the Premier League, although much of the talk after the game has surrounded the dreadful error made by the £67 million ‘keeper.

During the second-half with his side up 2-0 Alisson made a woeful attempt at a Cruyff turn but was dispossessed by Leicester striker Kelechi Iheanacho who squared for winger Rachid Ghezzal who slotted home to hand the Foxes a lifeline, albeit one they could not make the best of.

Alisson came close to committing a similar error in Liverpool’s last game against Brighton, when he was almost robbed of the ball by Seagulls attacker Glenn Murray, with former Reds defender Carragher providing a scathing assessment of his former clubs ‘keepers overconfidence on the ball.

“All he had to do was clear it,” Carragher said on Sky Sports.

“Last week at Anfield there were a few cheers when he came out and chipped the ball over the attacking player.

“That wasn’t good last week and it is even worse today.

“He should have been told after last week. He got away with it then but you don’t want your goalkeeper doing that.”