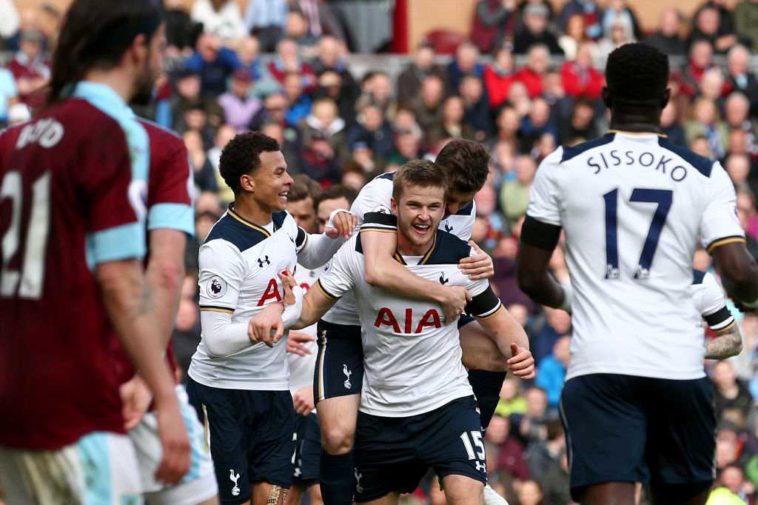 Spurs cruised to a 2-0 victory over a disappointing Burnley. Here are five things we learned.

With Chelsea’s shock 2-1 defeat to Crystal Palace, Spurs have reduced the gap to seven points. Although it is still looking like Chelsea’s to lose, Spurs have put the pressure on their London rivals. Without speaking too soon, Spurs do not look like a side that will fade away like they did at the end of last season.

Given Burnley’s impressive home record, the 6th best in the league before the match, it highlights the magnitude of the win.

For large parts of the first half, Burnely were every bit as good as Spurs. Despite not creating many chances, they limited Spurs to few.

The pace of Gray caused Spurs problems on the counter attack, with impressive interplay with Barnes representing Burnley’s biggest threat in the match. Perhaps if Gray had stayed on the pitch for the whole game, Burnley may have been able to knick a goal.

Within a four minute period at the end of the first half, Spurs lost Winks and Wanyama to injury. Winks was receiving oxygen for a while after, and is expected to miss the remainder of the campaign.

Despite this, Spurs’ depth of squad was tested to the limit. It’s fair to say they passed the test, with Son especially coming off the bench to score the crucial second.

Pochettino rested key players Dembele and Walker, a gamble that came off with Tripper and Winks before he got injured perfoming admirably.

Despite conceding two goals, it could have been a lot more if not for Keane. After starting twice for England in the international break, Keane followed up with another impressive display.

As each game goes by, Manchester United will be regretting letting Keane go, who would surely make their side at the moment.

He nearly got onto the scoresheet as well, putting his effort over the bar from a set piece. From a team that have only conceded 7 goals less than Liverpool, Keane has been the outstanding performer. The only worrying thing for Burnley fans will be whether the club can hold onto him, with the big teams likely to battle it out for his signature in the summer.

Perhaps the biggest shock before the game was Janssen starting.

Although he failed to score (again), his hold up play was excellent as well as his work rate. He almost got himself an assist, but Davies’ effort was well saved by Heaton.

It’s fair to say he is certainly showing more signs of the player he was last season in the Eredivisie, and if he can get a string of goals he could become an asset for the club. Despite this, the most worrying thing for Janssen will be Son. Son came on for Janssen and scored his 15th goal of the season, a total far greater than Janssen.

Please also check out our full Match Report and Player Ratings of this game.