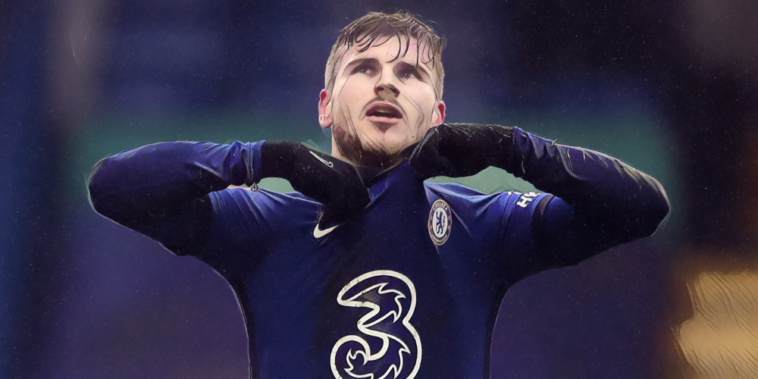 Erling Haaland is the headline arrival of the summer transfer window so far, with Manchester City having completed the signing of the Borussia Dortmund forward.

Haaland has emerged as one of world football’s most exciting talents in recent seasons, scoring 86 goals in just 89 appearances across his two-and-a-half seasons with the Bundesliga side.

The Norway international has also broken several records on the Champions League stage and excitement is understandably high ahead of his Premier League arrival, but how will Haaland fare in English football?

High-profile imports from the Bundesliga have notoriously struggled in recent seasons, a situation which has seen the term ‘Bundesliga tax’ coined.

Pierre-Emerick Aubameyang wasted little time in introducing himself to the Premier League, making an immediate impact after his £56m move from Borussia Dortmund to Arsenal in January 2018.

Aubameyang had established himself as one of Europe’s finest forwards in Germany and finished as the Bundesliga’s leading scorer during his final full season at Dortmund.

The Gabon international’s goal numbers dropped during his first full Premier League campaign, though his 22 league goals was enough to win the division’s Golden Boot alongside Sadio Mane and Mohamed Salah in 2018/19.

His creative numbers also improved after arriving in England, increasing his number of assists and chances created per 90 minutes after signing for Arsenal.

Aubameyang signed for Arsenal in January and his statistics over that season also make for interesting reading, having scored 13 goals in 16 league games for Dortmund, before netting 10 times in just 13 games following his winter move to the Emirates.

Aubameyang’s conversion rate (27.08% – 41.67%) and shot accuracy  (56.25% – 79.17%) both significantly improved over his first six months with the Gunners, before dropping to similar figures to his time at Dortmund during his first full season with the club.

Christian Pulisic’s goalscoring numbers rose during his first Premier League season, with the US international enjoying the most prolific campaign of his career after signing for Chelsea.

Chelsea agreed a £58m deal to sign Pulisic from Borussia Dortmund in January 2019, though the winger remained on loan with the Bundesliga side before joining up with the west Londoners that summer.

Despite fitness problems during his first season with Chelsea, he scored an impressive nine league goals for the Blues in 2019/10, more than double the total he managed for Dortmund the previous season.

The 23-year-old has, however, struggled to build on a strong end to his debut season in England and has scored just a further ten league goals across the past two seasons combined.

Haller had provided 24 goal involvements in 29 league appearances during his final Bundesliga campaign, a figure bettered by only Robert Lewandowski during the 2018/19 campaign.

The Ivorian’s performances helped Frankfurt to a seventh-place finish and the semi-finals of the Europa League, before completing a big-money move to the London Stadium.

Sebastien Haller on his time at West Ham:

“I was playing in a system that I didn’t really enjoy. Moyes preferred someone like Antonio up front, and I’m super happy he's doing so well; I am for all the guys at West Ham."

He proved an awkward fit at West Ham however, whilst his numbers suffered a sharp decrease. Haller’s returns for goals, assists and conversion rate all fell by more than 50%, with the Hammers deciding to cut their losses and sanction his cut-price sale to Ajax after just 18 months in English football.

Haller has since enjoyed a remarkable renaissance in Amsterdam, scoring 47 goals in just 66 appearances across all competitions for Ajax.

Timo Werner’s struggles at Chelsea have been well documented with the forward’s failure to find his form having been arguably the biggest argument towards Bundesliga tax.

Werner scored prolifically across his four seasons at RB Leipzig to become the club’s record goalscorer, including a career-best campaign of 28 league goals during his final season at the Red Bull Arena.

He signed for Chelsea in a £47.5m deal that summer, but was on the receiving end of sharp criticism for a number of failings around goal.

A cheeky dummy through the legs, and Timo Werner is away to score his first #PL goal 💨#GoalOfTheDay | @ChelseaFC pic.twitter.com/9AoM2cf93n

Werner finished as Chelsea’s leading scorer and assist provider in all competitions, though a return of just six league goals was a major disappointment for a footballer who arrived with huge expectations.

The 26-year-old scored just four league goals during a second season in which he failed to revive his faltering fortunes and Chelsea are believed to be open to offers for Werner this summer.

Havertz arrived at Chelsea viewed as one of German football’s highest-rated young talents, having set a number of divisional records at Bayer Leverkusen, including becoming the youngest player to reach 50 and 100 Bundesliga appearances.

The midfielder scored 17 league goals during a breakthrough 2017/18 campaign, before adding a further 12 goals during his final Bundesliga season.

The Germany international’s conversion rate and chances created per 90 both significantly fell during his first campaign in English football, though he ended the season with the winning goal as the Blues beat Manchester City in the Champions League final.

Havertz returned an improved eight league goals during the 2021/22 campaign after moving into a false nine role, though his underlying attacking numbers remain lower than his Bundesliga best despite operating in a more advanced position at Stamford Bridge.

Chelsea will hope for improvement once again in 2022/23 from a player viewed as one of Europe’s most exciting talents upon his arrival into the Premier League.

Manchester United finally secured the signing of Jadon Sancho during the 2021 summer window, having embarked on a lengthy pursuit of the Borussia Dortmund winger.

Sancho shone after deciding to leave Manchester City for Dortmund in search of regular first-team football, emerging as one of European football’s most productive wide players in Germany.

The England international registered 114 goal involvements in 134 appearances across four seasons with Dortmund, though failed to replicate that form after his £72.9m move to Old Trafford.

Sancho registered just three goals and three assists in the Premier League in 2021/22, whilst his numbers for assists, conversion rate and chances created per 90 all fell after leaving Germany for England.

Regarded as one of England’s best young talents, he has since lost his place in Gareth Southgate’s squad and faces a fight to secure his place in the Three Lions’ World Cup squad for Qatar.

Erik ten Hag will be hoping to bring the best from Sancho following his appointment at United and at 22 the winger has time on his side to turn around his career with the club.