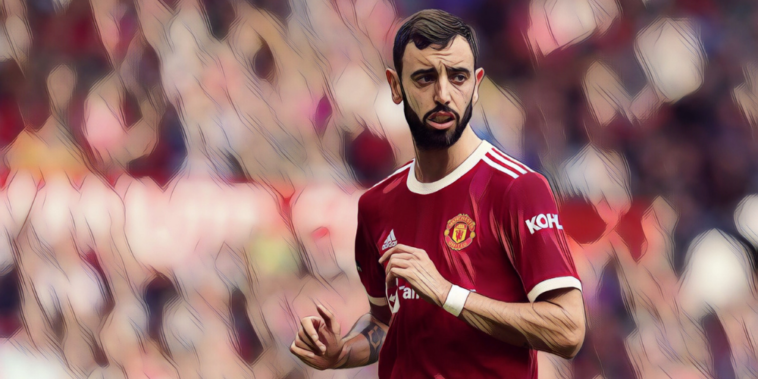 Bruno Fernandes is ‘a doubt’ for Manchester United’s crucial clash against Liverpool at Old Trafford this weekend.

United face their northern rivals in a huge Premier League meeting on Sunday, the Red Devils under pressure to secure a positive result after three league fixtures without a win.

However, Ole Gunnar Solskjaer could now be without the services of influential midfielder Fernandes, the Sun reporting that the Portugal international was seen ‘limping heavily’ in training this week and that the star is now a doubt for the meeting with Liverpool.

Fernandes was part of the side that secured a much-needed 3-2 win over Atalanta in the Champions League on Wednesday evening, with the Red Devils overturning a 2-0 half-time deficit to beat the Italian side.

The 27-year-old starred during the comeback with his eight chances created the most recorded by a Manchester United player in a Champions League fixture since the 2003/04 season, finishing the clash with two assists after providing goals for Marcus Rashford and Harry Maguire.

United will hope Fernandes’ can prove his fitness before the visit of Liverpool this weekend, the Merseyside club currently second in the Premier League after an unbeaten start to the season.