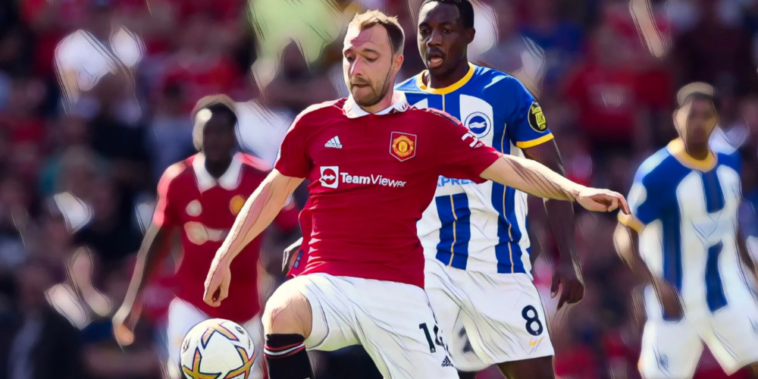 Erik ten Hag’s first game in charge of Manchester United failed to go to plan and the Red Devils will be looking to bounce back ahead of a trip to Brentford this weekend.

The Bees began their Premier League campaign with a spirited draw at Leicester on the opening weekend, coming from two goals down to rescue a late point at the King Power Stadium.

Thomas Frank will have been delighted with the spirit his side showed in drawing at Leicester on the opening weekend, with Brentford fighting back from two goals down to secure a 2-2 draw at the King Power Stadium.

After being second-best across the first half, the Bees recovered with Ivan Toney pulling a goal back before substitute Josh Dasilva’s late leveller earned a point.

Dasilva missed much of last season through injury and his return – and goalscoring contribution on the opening weekend – will offer huge encouragement to a Brentford side without the influence of Christian Eriksen this season.

Eriksen will make his first return to Brentford this weekend after joining Manchester United on a free transfer this summer.

Manchester United were beaten at home in their opening league fixture for just the third time since 1972, as Erik ten Hag’s reign began in nightmare fashion.

The manner of the loss to Brighton will cause concern among the Dutchman and his coaching staff after a promising pre-season, as the Red Devils were dominated across the opening exchanges.

Pascal Gross scored twice for a Seagulls side who secured their first-ever win at Old Trafford, with the midfield axis of Fred and Scott McTominay particularly poor for the home side.

Cristiano Ronaldo was named on the bench for that defeat as uncertainty continues to surround his future, but it would be no surprise to see the forward return to the side this weekend given a lack of firepower in the squad.

There were little signs of the changes that Ten Hag will be looking to implement this season, as familiar flaws were once again exposed. Immediate improvement is required ahead of this weekend’s trip to face the Bees.

Manchester United’s final home fixture of the 2021/22 season ended with a comfortable win over Brentford, a result which ended a run of three games without a win for the Red Devils.

Bruno Fernandes opened the scoring with a superb effort inside nine minutes, before Cristiano Ronaldo doubled the home side’s advantage from the penalty spot.

Raphael Varane’s first goal for the club completed the rout, as Ralf Rangnick’s reign as interim manager ended with a win in his last home game in charge.

What channel is Brentford v Manchester United on?

UK and Irish readers can watch the game on Sky Sports Main Event.