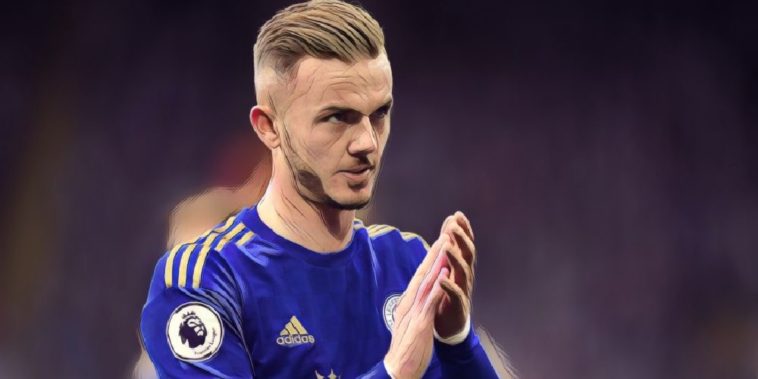 Brendan Rodgers has refused to rule out an exit for James Maddison this summer, but insists he is a ‘very important’ part of his squad going into the new season.

The Leicester City man is attracting the attention of Arsenal this summer with Mikel Arteta keen to add more creativity to his side following Martin Odegaard’s return to Real Madrid, and has reportedly identified Maddison as a potential candidate to fill the role.

The midfielder scored 11 goals and provided 10 assists in 42 appearances across all competitions last season, playing an important role as Leicester won the FA Cup and secured Europa League qualification with a fifth-place finish in the Premier League.

Reports have suggested that Leicester have slapped a £70 million price tag on the head of the 24-year-old, a figure which could be out of reach for the Gunners at present unless they can raise significant funds through player sales having already splashed out on Ben White, Albert Sambi Lokonga and Nuno Tavares.

Asked about the future of the one-cap England international ahead of this weekend’s curtain-raising Community Shield final against Manchester City, Brendan Rodgers insisted that the player was happy and an important part of his side.

“He’s just become a father so has a responsibility off the pitch as well. There is gossip and speculation that goes around, especially at this time of year. James is a very important member of our squad here. A very talented player.

“He was disrupted last season with injury so hopefully he can show the real top player he is.”

However, when pressed on whether Maddison was ‘not for sale’ or whether there was a particular asking price, Rodgers was evasive in his response.

“I have given you an answer. You asked where he was at, and I think I have answered that.”