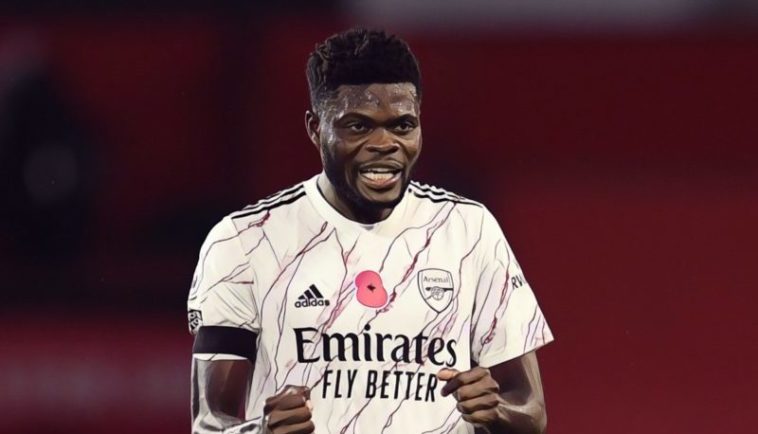 Arsenal have been handed a boost ahead of their Europa League clash with Benfica tomorrow with Thomas Partey set to be available for the second leg meeting with the Portuguese side.

Partey has endured a frustrating first season at Arsenal after picking up a number of injury problems since signing from Atletico Madrid, with the Ghana international having been sidelined for almost a month since picking up his latest problem in the 1-0 defeat at Aston Villa on February 6.

Arteta has now provided an update on the midfielder’s fitness and says the 27-year-old will undergo a ‘final test’ today ahead of a potential involvement against Benfica, the round of 32 tie poised at 1-1 following a draw between the sides last week.

This weekend’s ‘home’ leg for Arsenal will be played at the Stadio Georgios Karaiskakis in Piraeus, Greece amid coronavirus travel restrictions, and Arteta confirmed that Rob Holding will not travel with the north London side as the club follow concussion protocols.

The defender became the Premier League’s first ever concussions substitute after being withdrawn during the 1-0 defeat to Manchester City last weekend, following a collision with Joao Cancelo.

“Thomas [Partey] is very close [to being available],” said Arteta at his pre-match press conference.

“He’s got a final test today and if he is feeling good he will be available.

“[Rob] Holding had a concussion but now we need to follow the protocols and he won’t be able to travel.”