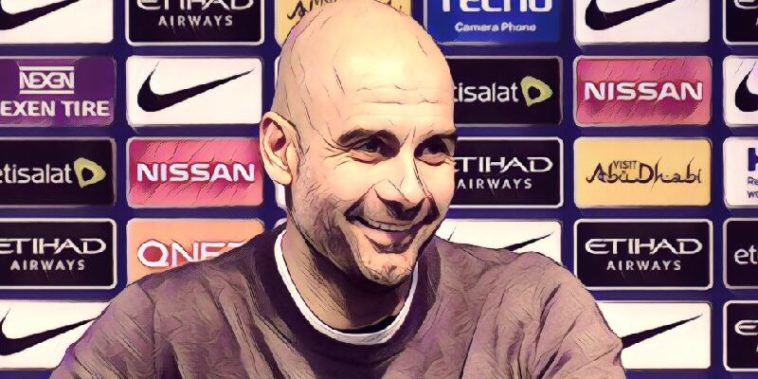 When Pep Guardiola originally took over at Manchester City in the summer of 2016, he admitted that he would more than likely only stay in England for a few seasons, much like he did during his spells at former clubs Barcelona and Bayern Munich.

However, the serial winning coach recently signed a contract extension at the Etihad, and has revealed that he would not rule out staying at the club for the long term.

“I have discovered that [City] are a much bigger and better club than people believe it is.

“I do not rule out managing in 10 years’ time, everything will depend on how I feel and whether they love me.”

Guardiola has a superb young side at his disposal so he clearly sees the chance to dominate English and potentially European football over the next decade.

City are currently a whopping 16 points clear at the top of the Premier League with just nine games to go this season, and have produced some of the best attacking football these shores has ever seen this term.

This news will of course cause some discomfort in the boardrooms of fellow Premier League rivals, who will have to seriously up their game if they are going to be able to compete with Guardiola’s magnificent City team over the coming seasons.