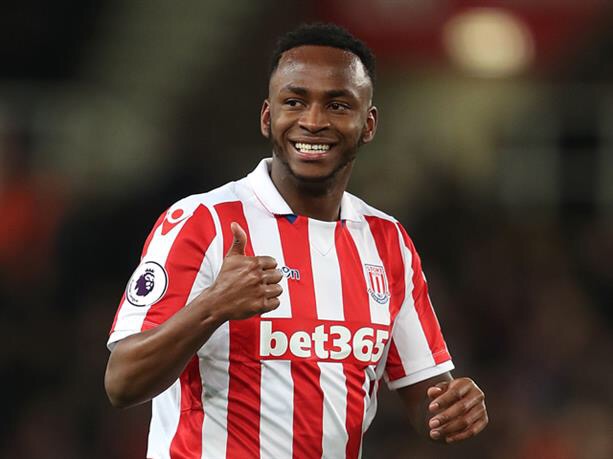 Earlier this year Stoke City completed the signing of Saido Berahino for around £12 million. The striker has endured a torrid time since the end of the 14/15 season. So, is this the season he finally turns it around?

Berahino came onto the mainstream footballing radar in the 2014/15 season. He scored 14 goals in the league and became a hot young English prospect. He finished the season with West Brom’s “player’s player of the year award”.

He was known for his intelligent movement and lethal finishing and even earned comparisons to Jermaine Defoe. However, come the end of the season it became clear Berahino had ambitions further than West Brom. In an interview with Sky Sports he even declared he was playing in order to get a move to a “Bigger club”.

So far in his career Berahino has caused friction with his behavior. His first controversy came as he was arrested on suspicion of drink-driving in November 2014. West Brom fans also had their suspicions raised that Berahino was wanting a move away following a cup game vs Gateshead. Berahino scored four goals but didn’t celebrate any of them.

The biggest and most public fallout in his career came after a move to Tottenham Hotspur broke down. After being denied a move, Berahino tweeted that he would never play for the club again under Jeremy Peace.

This represented the beginning of the end for Berahino at West Brom. In the next two seasons, he played a total of 35 starts for the club, scoring on only four occasions. The striker was seemingly linked with a move away in every window in between, with Stoke City always linked.

Mark Hughes decided to take a chance and sign Berahino in spite of his issues at West Brom.

The striker was bought with the hopes he could emulate his 14/15 season form. Stoke have struggled for a prolific goal scorer the whole time they have been in the Premier League.

Upon his arrival, it was clear that being in and out of Pulis’ West Brom side had taken its toll on Berahino as he was unfit and overweight. His first game for Stoke didn’t come until 1st February in a 1-1 draw vs Everton.

Manager Mark Hughes later revealed Berahino had been serving an eight week ban for failing an out of competition drug test. Berahino claims this was due to having his drink spiked on a night out.

In spite of not scoring in nine appearances for Stoke, Berahino feels his confidence and sharpness has returned. Since joining the club the striker has lost a stone and is looking forward to the 17/18 season. Mark Hughes backed his new signings by asking the press to judge him on his performances in the upcoming season, rather than the one just passed.

How will he fare?

Many Stoke fans are expecting a high standard from the relatively new boy in the upcoming season. Berahino will have the creativity of Xherdan Shaqiri and Bojan (as well as many others) to supply him. And with all the verbal backing Mark Hughes has given him, Berahino can expect to get a real run in the team this season.

Personally, I believe Berahino should be aiming to score between 10 and 15 goals this season, but obviously that depends on the team’s performances as well as his own. With a turbulent transfer window, no one really knows what to expect at the Bet 365 stadium next year. Quite frankly it could be anything between a Europa league push or relegation.

So, do you think this is the season Berahino gets his career back on track ahead of the 2018 world cup? Or will he continue to go further off the rails?

Let us know in the comments