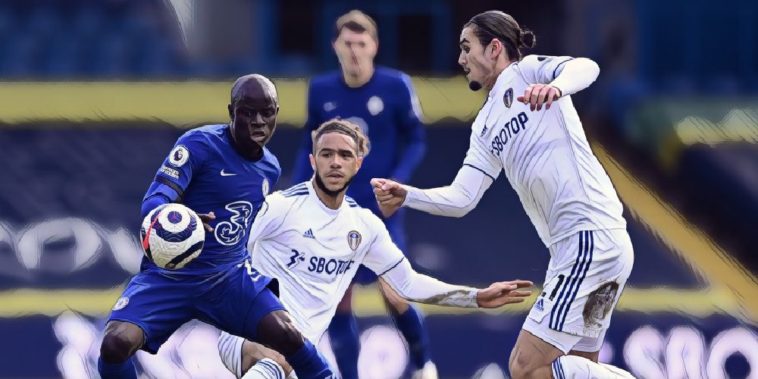 Leeds played out just their second 0-0 draw of the season as they took a point off Thomas Tuchel’s in-form Chelsea side.

It was a game played at a frenetic pace at times, with both sides showing plenty of attacking adventure as you would expect given the respective managers in the dugout.

Both sides had a number of opportunities to take the lead, with Leeds seeing a Tyler Roberts strike ruled out for an offside, while both Chelsea and Leeds would see the ball come back off the bar in the opening 45 minutes.

In the opening stages of the second half, misfiring summer signing Kai Havertz was only able to produce a tame effort following an inviting Hakim Ziyech cross, while Edouard Mendy produced a fine reaction save to deny his former Rennes teammate, Raphinha.

Games involving Leeds often result in goals at one end or the other, though ultimately, the quality in the final third was lacking from both sides, and speaking afterwards, Marcelo Bielsa was happy with a point, admitting that Chelsea were the better of the two sides.

“We value a lot the point, if there had to be a winner it wouldn’t have been us,” he told BT Sport. “In the first half they established a difference in comparison to us.

In the 35th minute, Bielsa brought on club record signing Rodrigo following an injury to top scorer Patrick Bamford, though the Spaniard was withdrawn again with 11 minutes to play, and the Leeds boss was asked about his decision to sub the sub.

😬 Leeds' record signing has had a tough debut season at the club pic.twitter.com/ErI1C7CAZh

“He has been without playing for a long time and it is natural that it cost him a little bit in adapting to the rhythm. I value a lot the effort he put in when he was on the field because it is an effort that is above what he is actually capable of at this moment in time.”

Asked about Bamford’s injury, the Argentine said: “I didn’t manage to ask yet.”

Next up for Leeds is a trip to west London to face Scott Parker’s relegation-threatened Fulham side.