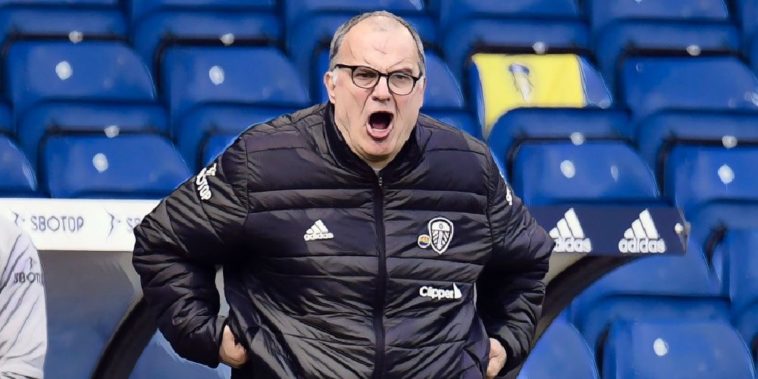 Leeds held Manchester United to a 0-0 draw at Elland Road in a game that will not live long in the memory.

After what was a goal-fest when the two sides last met – Manchester United running out 6-2 winners – it was a much less frantic affair this time around, with Leeds far more well-drilled and pragmatic than they were back in December.

Both sides would have chances, though neither keeper would be tested on a regular basis, Illan Meslier’s best piece of work coming at the end of the first half to keep out a Marcus Rashford free-kick.

Manchester United looked by far the more adventurous of the two sides, but really lacked quality in the final third, with their promising build-up play regularly breaking down, with Bruno Fernandes enduring an off day compared to the Portugal international’s usual standards.

Despite the underwhelming nature of the game, the draw means that Leeds are unbeaten in their five games at home against the ‘big six’ so far this season, with Spurs still to come, and speaking after the game, Marcelo Bielsa said he didn’t have the feeling that his side ‘should have won’ after struggling to get forward.

“The balance of the game, we had to make a massive effort and our opponent takes on the game in a more natural way,” he told Sky Sports.

“We defended more or less well but it didn’t permit us to dominate, it was difficult for us to attack. Even if the game didn’t favour us we managed to have chances at goal and we didn’t receive too many chances at our goal.

“We have been playing against teams like Chelsea, Liverpool and Manchester City, and in games like this we have to concede some things.

“We wanted to improve our press when they were building from the back, and after we recovered the ball to keep it to allow us to attack.

“How the game went doesn’t allow us to think we should have won the game. As a result, the draw is important.”