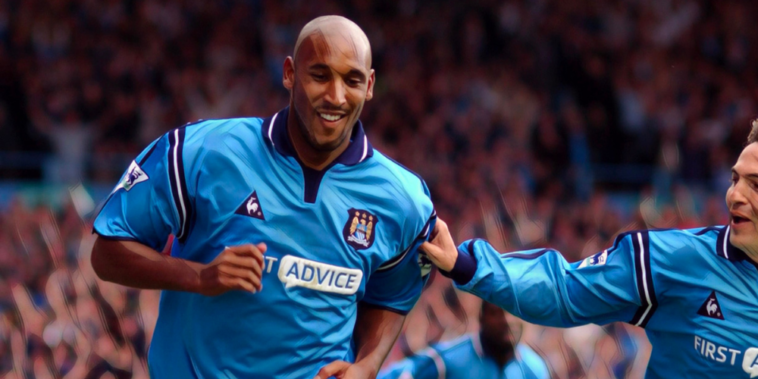 Manchester City and Real Madrid go head-to-head in the Champions League semi-finals this evening, as both teams look to move a step closer towards becoming European champions.

For much of their existence the two teams have not been direct rivals, but City’s modern emergence has thrust the clubs together on the Champions League stage and this evening’s first leg will be their seventh meeting across the past decade.

The two clubs also share a number of past players and we’ve decided to pick out five of the best to have represented both Real Madrid and Manchester City.

One of English football’s most successful exports, McManaman became a popular figure across four seasons with Real Madrid.

The winger had come through the academy ranks at Liverpool and established himself as one of the Premier League’s finest wide players, before choosing to leave Anfield in search of silverware and sign for Real Madrid on a free transfer.

It was a move that proved vindicated for McManaman has he formed part of a successful team across the turn of the millennium, winning two La Liga titles and two Champions League trophies at the Bernabeu.

He scored a stunning goal in the club’s 2000 Champions League final win over Valencia in Paris and made 158 appearances across all competitions for Los Blancos, before returning to England and finishing his career with a short spell in Manchester.

McManaman reunited with ex-Liverpool teammates Robbie Fowler and David James at City, but struggled with fitness problems before announcing his retirement in 2005.

Nicolas Anelka became Real Madrid’s record signing after arriving from Arsenal in 1999, having emerged as one of the Premier League’s most exciting talents in North London.

The forward’s £22.3m move to Madrid failed to work out as hoped, however, and the Frenchman failed to score across his first five months in the Spanish capital.

He endured a difficult relationship with the media and his managers at the Bernabeu, though enjoyed some highlights including scoring his first La Liga goal in a 3-0 El Clasico thrashing of Barcelona.

Anelka also scored in both legs of the club’s Champions League semi-final win over Bayern Munich and started the final as Real Madrid won an eighth European Cup against Valencia in 2000.

He returned to former club Paris Saint-Germain that summer, before signing for Manchester City in a £13m club record deal after the club’s promotion to the Premier League in 2001.

Anelka enjoyed a successful period with The Citizens and scored 45 goals in 103 games, before departing for Fenerbahce in 2004.

The signing that ushered in the new era at Manchester City.

Robinho became British football’s most expensive footballer after swapping Real Madrid for the Etihad, completing a £32.5m move to the Premier League just hours after City’s takeover had been announced.

The Brazilian had spent three seasons with the Spanish giants after arriving from Santos, having been hailed, somewhat predictably, as the ‘next Pele’ after an exciting emergence in South America.

He won two league titles during his time at the Bernabeu and scored 35 goals across his three seasons, whilst he won the Golden Boot and Best Player Award as Brazil won the 2007 Copa America.

Despite strong links to Chelsea he became the marquee man of City’s new regime the following summer and enjoyed an impressive debut campaign with 14 goals in all competitions.

He struggled during his second season, however, before falling out of favour and returned to Santos on loan.

Robinho’s career never reached the heights its infancy had promised and he had spells in Italy, China, Brazil and Turkey before disappearing from the game. An arrest warrant for sexual crimes dating back to his time in Italy was issued internationally in February 2022.

City spent £25m to sign Adebayor from Arsenal in 2009, with the Togo international having become the Gunners lead goal threat following the departure of Thierry Henry.

Adebayor had scored 30 goals in all competitions during the 2007/08 season and 62 in 142 appearances for the North Londoners in total, before becoming City’s latest star signing.

A towering header from Emmanuel Adebayor! 🙌

He scored 14 goals during a productive debut campaign, including a goal and unforgettable celebration against his former side at the Etihad, in which he ran the full length of the pitch to goad the Arsenal support.

Adebayor fell out of favour, however, and joined Real Madrid on loan in January 2011. He scored eight goals in 22 appearances for the Spanish side and ended the season with a winners’ medal after lifting the Copa del Rey.

Danilo has collected silverware during various stops across Europe, including spells at both Real Madrid and Manchester City.

Having shone in Brazil before becoming the latest South American talent to attract interest at Portuguese side Porto, he moved to Real Madrid in 2015.

The right-back won La Liga and back-to-back Champions League trophies with the Spaniards, but the presence of Dani Carvajal restricted his role at the Bernabeu.

Manchester City signed Danilo in a £26.5m deal in 2017, but he again struggled to command automatic status after moving to the Premier League.

He spent two seasons with the club and won successive Premier League titles, before moving to Juventus in a part-exchange deal that took Joao Cancelo to the Etihad.