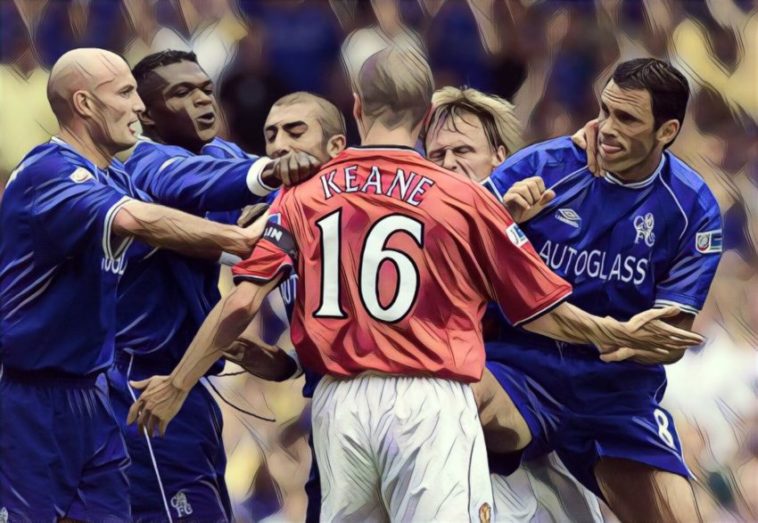 Manchester United and Chelsea are the two most successful clubs of the Premier League era and as you’d expect they’ve had some ding-dong battles down through the years.

With these old foes about to do battle once again today at Stamford Bridge, we’ve put together a list of five of their best encounters…

Chelsea were doing numbers on Manchester United long before Roman Abramovich’s millions came in to set them up as one of the biggest teams in football. Sure, United had Massimo Taibi in nets for this one but it was still a side that was unbeaten in 29 going in to this fixture and featured such big names as Stam, Scholes, Beckham, Cole and Yorke.

Poyet grabbed a brace, Sutton scored his first goal for Chelsea and just to embarrass United fans a bit after Henning Berg’s o.g.,  Jody Morris made it a nice round five. A memorable day for Blues fans.

The Red’s managed to get their revenge the following season in a superb game at Old Trafford. Fans of both clubs will feel the pang of nostalgia watching this one. A ding-dong battle with goals from some serious club legends.

What was happening between these two sides around the turn of the millennium? A six goal thriller that swung wildly from the get go. Hasselbaink’s opener was a thing of beauty but Scholes’ equaliser wasn’t half bad either. Sheringham and Beckham seemed to have put United into a commanding lead but Tore Andre Flo, (remember him?), had other ideas.

Chelsea fans will probably want to look away for a minute but for United fans this was as close to perfect as it could get. The domestic rivalry between the clubs was in full swing but United had won the league and here the two giants of the Premier League were facing off in the Champions League final.

It finished 1-1 in normal time and when extra-time also failed to produce a winner, the game went to penalties. Ronaldo’s stop-start run up failed to fool Cech and by penalty number five, John Terry was all set to score the winning penalty for Chelsea. But he didn’t, did he?

Well if Chelsea fans wanted to skip that last one United fans will definitely want to pretend this one never happened. It’s quite recent too which is what makes it so good/bad depending on your allegiances. Mourinho was returning to Stamford Bridge for the first time as manager of Manchester United. He’ll have wanted to make an impression and prove a point. Perhaps he did.