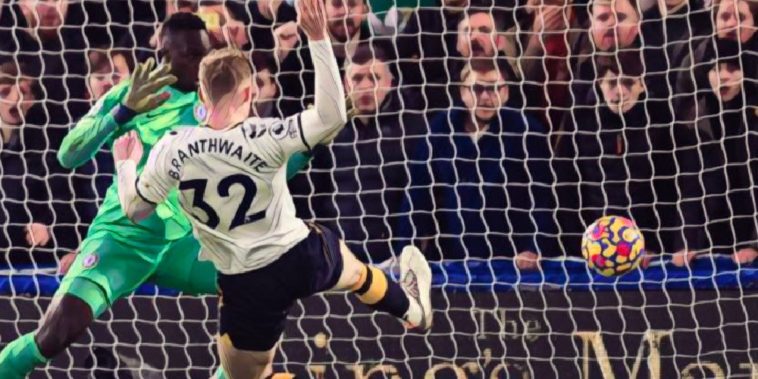 A young Everton side came from behind to hold title-chasing Chelsea to a 1-1 draw at Stamford Bridge, with Rafael Benitez impressed with his side’s ‘spirit, commitment and intensity’.

The pre-match headlines have been dominated by the worsening Covid-19 crisis that is gripping the game, with Chelsea coming into the fixture without Romelu Lukaku, Timo Werner, Callum Hudson-Odoi and Ben Chilwell, who all having tested positive – though the latter was already out through an existing injury.

Despite those absences, the early stages would be unsurprisingly dominated by Chelsea, the European champions – and not for the first time this season – wasting a whole host of chances against their out-of-form opponents, with Reece James, Mason Mount and Christian Pulisic all missing presentable opportunities, while Jordan Pickford made a number of vital saves throughout the game.

Thomas Tuchel’s side continued to be wasteful in front of goal into the second half, with Everton starting to show a few signs of adventure as the game wore on. The deadlock would be broken through one of those moments of adventure from Everton, Abdoulaye Doucoure driving up the field only to be robbed of possession. Chelsea took advantage as they played up field, with Reece James eventually sliding the ball into Mason Mount who took a touch before thrashing past England teammate, Pickford.

Having largely opted for the senior members of his squad since arrival, Rafael Benitez decided to go to some of the club’s academy talents, and it would be one of them who would haul The Toffees level just a matter of minutes after the opener, youngster Jarrad Branthwaite getting a toe onto an Anthony Gordon free-kick from the left and steering the ball past Edouard Mendy.

Blues boss Benitez has come under increasing pressure from fans in recent weeks following the clubs recent results, though the former Chelsea interim boss was pleased with his side’s performance and mentality.

“The gameplan is always there and it depends on the players,” he told BT Sport. “The players, fans, all together, the spirit of the Blues, as they say, the issues with senior players not available, so we needed spirit, commitment and intensity against a good team. Really pleased and a good point.

“We were practicing the set-pieces and Jarrad Branthwaite did well. Jonjoe Kenny was working so hard and everyone was giving everything. We suffered a bit more today so against a good team we did what we had to do.

“100% every single player on the pitch was making a contribution for the gameplan. At the end everyone was delighted. When players are not playing, the rest of the team are happy for them too.

“Great character shown, we are coming back in a lot of games. The way they worked we deserved something. We have had too much bad luck with injuries. The reaction of the team was fantastic.

“We can see that the virus is growing and we have to be very careful. If the Premier League cancels games we have to test players and then restart without issues. We have to make sure we are an example for the rest of society.”