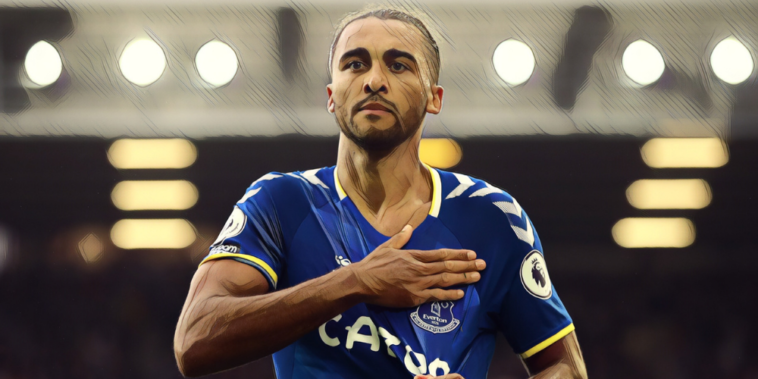 Rafael Benitez has backed Dominic Calvert-Lewin to better last season’s goal tally and has discussed how the Everton forward can further improve his game.

Calvert-Lewin opened his account for the season during the Toffees’ 3-1 win over Southampton on the Premier League’s opening weekend, following on from the form that saw the 24-year-old score a career-best 16 league goals last term.

Benitez has discussed the strengths of the England international and believes the style of football he is seeking to implement at Everton can help Calvert-Lewin’s goalscoring to increase.

“He has the attributes to score a lot of goals,” Benitez told EvertonTV. “He scored 16 last year and I think he can score more… because he is more mature and the way we want to play will benefit him.

“He has a problem with his toe but wants to train, then we will be sure when he is fully fit, he can do what we want.

“He will have chances and score goals.”

Benitez refused to say how high he believes the striker’s ceiling can be, but believes that ‘small things’ can make a big difference and has backed the forward to continue his recent improvement.

“It is difficult to say,” said the Spaniard

“I need to spend more time talking with him and training with him on the pitch, to be sure he understands the little things we can improve.

“We have been talking about a couple of small things that I think he will be keen on doing on the pitch. Simple things, attack the near post, the body position when he starts running or moving.

“There are too many details to talk about all these things. But it is to be sure he is keen to learn and he is happy.

“I think he will improve because he is someone who likes to work on the pitch. The main thing for me will be to ensure we provide him with the right passes and crosses, then he will score.”