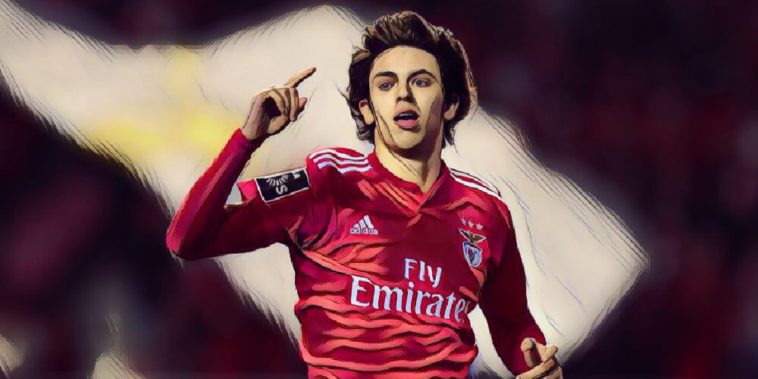 Benfica’s president has admitted that there is little he can to keep Joao Felix at the club, as Europe’s giants continue to circle.

The 19-year-old has been linked with both Man Utd and Man City, as well as the likes of Atletico Madrid and Juventus, after some dazzling performances for the Portuguese champions, scoring 15 goals in his 26 league appearances.

Such is his talent, he has been likened to his fellow countryman Cristiano Ronaldo, and even though his contract at the Estadio da Luz has a whopping €120 million release clause, it has not deterred his admirers.

With the Primeira Liga side already admitting that they will not sell for a penny less than his release clause, Benfica president Luis Filipe Vieira has admitted that the only hope of Felix remaining at the club beyond the summer is if they can negotiate his return on a loan deal.

“We sit down with players and they say ‘president, I can earn five million euros, president, do not make me stay here,'” Vieira told club members.

“Joao Felix had a release clause of 60million euros and we realised after two or three games that we must increase it to 120million euros.

“But it is Joao Felix and his family who will decide if he stays.

“If someone bids 120million euros it is not worth dreaming that he will stay. We are trying everything to ensure he stays. But the only way is if we sell him and keep him another year.

“If not, Joao leaves. There is no room to negotiate further. He doesn’t want to.

“How will Benfica negotiate with someone after he is given a proposal of 6million euros after tax?”