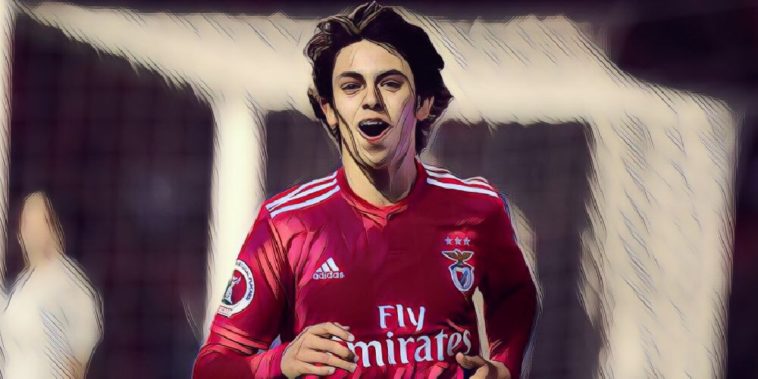 Benfica have insisted that anyone wanting to sign teen sensation Joao Felix this summer will have to trigger his contract release clause, a whopping €120 million.

The 19-year-old has enjoyed a stunning debut season in the Primeira Liga giants, scoring 20 goals in 43 appearances in all competitions for Benfica, including a fine hat-trick in the first leg of their Europa League quarter-final against Eintracht Frankfurt.

His superb breakthrough season has seen him linked with virtually every one of Europe’s giant clubs, including Man Utd, Man City, Barcelona, Real Madrid, Atletico Madrid and Juventus.

However, Benfica’s executive manager Domingos Soares de Oliveira has insisted that the Aguias will not be allowing their star talent to leave for anything less than his €120m (£100m) buyout clause.

“The goal is to keep the squad. If someone hits 100 million for Felix, the intention is not to sell,” he told TVI124.

“100 million is a lot of money, there has never been a player sold for that amount in Portugal, but the goal is to win on the pitch and we will do everything in that direction.

The most recent speculation has suggested that Manchester United are willing to pay that fee, a transfer fee which would make him the most expensive player in Premier League history, eclipsing the £89m that United paid for Paul Pogba in 2016, a then world record.