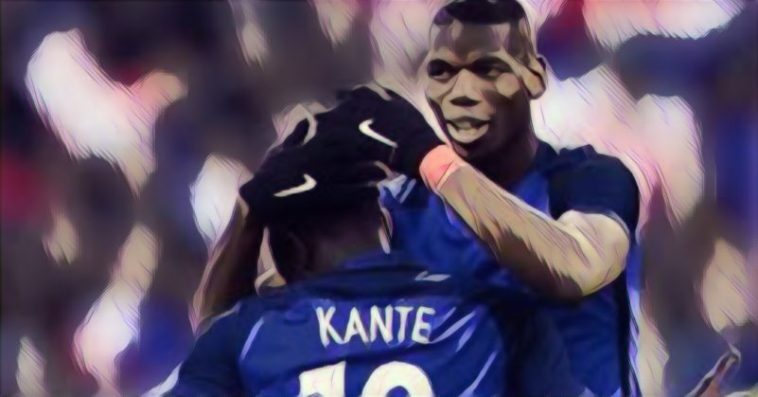 Former Premier League attacker Craig Bellamy reckons the only reason Paul Pogba performed so well during France’s World Cup winning campaign in Russia earlier this summer was because he was partnered in midfielder by Chelsea powerhouse N’Golo Kante.

The £89 million midfielder earned plenty of plaudits for his displays this summer, but has since struggled to perform at his best on a consistent basis at club level with Manchester United , and Bellamy believes that it was in fact the brilliance of Kante that allowed Pogba to shine in Russia.

Kante has been in the headlines today with the 27-year-old reportedly on the verge of signing a new mega money long-term contract at Stamford Bridge and Bellamy has admitted he is in awe of the France international as both a player and on a personal level.

“Give him whatever he wants. He’s been a star. He just wants to play football. As a defensive midfielder, what he did at the World Cup with Pogba; I’m not too convinced he had a great World Cup, but he looked a lot better than he has done for Manchester United for one reason only; because of Kante,” Bellamy told Sky Sports The Debate.

“I believe I could play central midfield if I’ve got him next to me, that’s how good he is. He is the work of two or three men. As a Chelsea player, you would want him in your team all day long. I’m just in awe of him, as a person as well.”