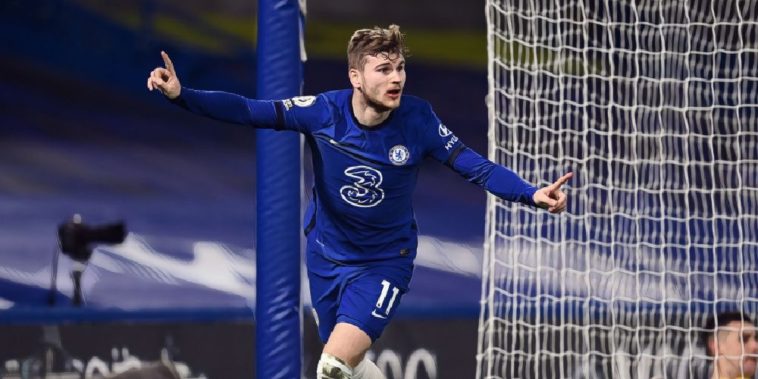 Bayern Munich reportedly have ‘concrete interest’ in Chelsea forward Timo Werner, the player having endured a difficult debut season with the Blues.

Despite finishing as Chelsea‘s joint-top scorer with 12 goals in all competitions, the 25-year-old came under fire for a string of underwhelming displays and for squandering a number of clear cut opportunities throughout the season.

Signed in the summer of 2020 after a prolific four-year stint at RB Leipzig – in which he netted 78 goals in just 127 Bundesliga games – the German international is already facing an uncertain future at Stamford Bridge after just one year with the club.

Amid suggestions that Thomas Tuchel’s side are already eyeing up other striking additions, the forward’s time in England could well be cut short, Football Insider reporting that Bayern Munich have ‘concrete interest’ in the player.

The report suggests that the Blues are open to parting ways with their asset this summer, with Bayern hoping to lure him to the Allianz Arena in the coming weeks.

The switch could well prove to be an attractive option for Werner, as it would see him reunite with former Leipzig coach Julian Nagelsmann, who has recently taken over from new Germany boss Hansi Flick.

The former Stuttgart man would likely provide strong cover for prolific marksmen Robert Lewandowski, before eventually replacing the 32-year-old in the future.

However, the Poland international could well be going the other way, amid recent suggestions that Chelsea are keen to sign him this summer, following the departure of Olivier Giroud and with Tammy Abraham surplus to requirements.

The club are also heavily linked with a move for Borussia Dortmund hotshot Erling Haaland, although it is likely that it would take an astronomical bid to prize the Norwegian this summer.

A move for former Blues man Romelu Lukaku has also been mentioned, although like Haaland, it will likely take a substantial offer to tempt Inter into a sale, even amid the Serie A side’s economic woes.