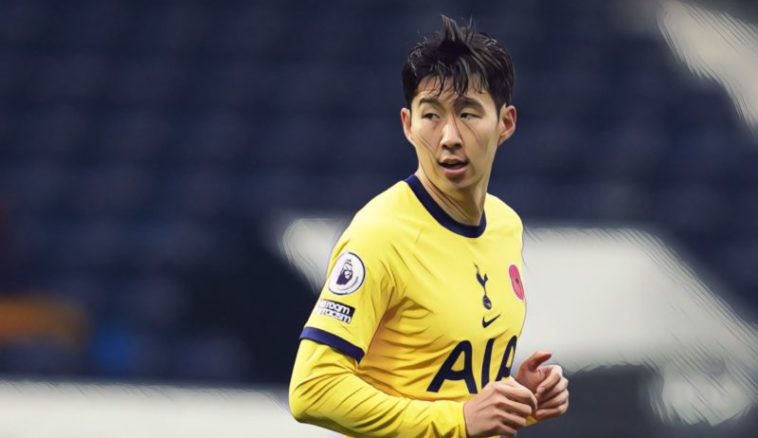 Bayern Munich are reportedly monitoring Son Heung-Min’s situation at Tottenham amid a ‘stalemate’ in the forward’s contract talks with the north London side.

Son has established himself as one of the best players in the Premier League in recent seasons and his performances have seen Spurs open talks over a new deal, the club keen to reward with the 28-year-old with a new and improved long-term deal.

The South Korea international is understood to have been offered a five-year deal in excess of £200,000-a-week, a deal that will move Son closer to Harry Kane as the club’s highest-paid player.

Despite an agreement having appeared close, however, talks have reportedly been put on hold until the summer and Football Insider are reporting that Bayern Munich are watching developments closely.

The European champions are keen on a deal to sign Son and bring the player back to the Bundesliga, with the forward having enjoyed spells with both Hamburg and Bayer Leverkusen before making the move to the Premier League.

Son has been in sensational form this season with 13 goals and nine assist, only teammate Kane and Bruno Fernandes having been directly involved in more goals across England’s top tier.

Bayern’s interest in the player is likely to cause concerns amongst the Spurs’ hierarchy as they look to keep hold of their best talent, speculation also continuing to surround the long-term future of Kane with reports the England captain is keen on a new challenge.

Son’s current deal has just over two years remaining as Bayern look to add the player to an attacking compliment that already contains the likes of Leroy Sane, Serge Gnabry and Kingsley Coman.

The report suggests Bayern would be willing to wait a year in order to get their man at what would likely be a cut price.