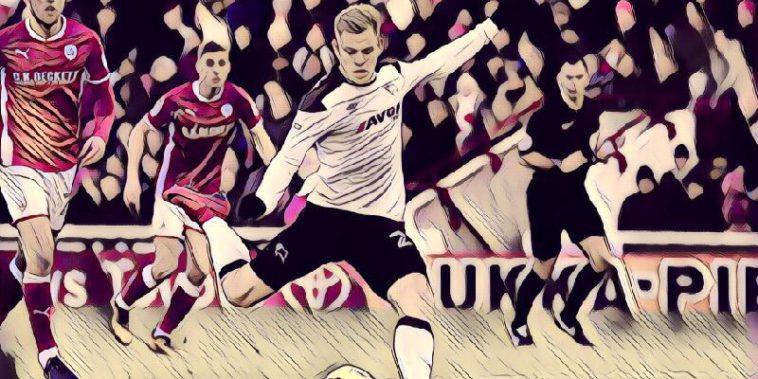 Derby County climbed to fourth in the table with a comfortable 3-0 victory at Oakwell to condemn Barnsley to their fifth successive defeat.

Despite going into the game winless in five matches, Paul Heckingbottom would’ve been convinced by what he saw from his side in the first half an hour or so as the Tykes knocked the ball around well and reduced Derby to just one chance, a Craig Forsyth header that went just over the bar.

But in the final few minutes of the first half Barnsley fell apart, and Tom Lawrence opened the scoring with his second Derby goal before Matej Vydra got on the end of an Andreas Weimann cross to make it 2-0 going in at the break.

In the second half, Derby did what they have done in numerous games over the last couple of months and nullify their opposition by dominating the possession and the chances. Barnsley fans were off their seats at one point however, when Brad Potts rattled the bar and a few minutes later Ike Ugbo was denied by a great save from Rams ‘keeper Scott Carson.

Derby stood their ground though and besides the two chances, the home side never really looked like scoring, and a miserable day for Tykes fans was topped off with a goal from Andreas Weimann from the edge of the box to put the tie beyond any doubt.

Gary Rowett’s men have quietly climbed their way up the table over the last few months and sit in the play-off places, five points clear of seventh place. Barnsley however are down at the wrong end of the table, their fifth straight defeat sees them drop to 20th, four points above the drop zone.

Up next for Paul Heckingbottom’s side is a trip to Brentford, whilst Derby take on fellow promotion contenders Aston Villa at Pride Park.