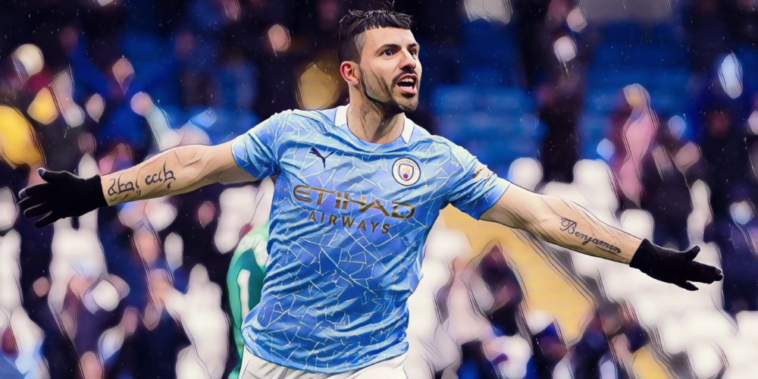 Barcelona have confirmed the signing of Sergio Aguero, with the forward set to sign a two-year deal upon the expiry of his Manchester City contract.

Aguero announced earlier this year that he would be leaving Manchester City after a decade of success at the Etihad, the Argentina international departing as the club’s all-time record goalscorer after scoring 260 goals across all competitions.

The 32-year-old won four Premier League titles during a glittering career in English football, featuring for the final time as a City player during Saturday’s 1-0 defeat to Chelsea in the Champions League final.

Aguero had been strongly linked with a move to Barcelona since the announcement of his City exit and the Spanish side have now confirmed the star will officially join on July 1 via their official website.

The Argentine returns to Spanish football after previously enjoying a five-year spell at Atletico Madrid, scoring over a century of goals for the capital club before a £34m move to the Premier League in 2011.

Aguero looks set to be one of several high-profile free transfers secured by the Catalans this summer, with Manchester City teammate Eric Garcia also expected to sign a long-term deal at the Camp Nou in the coming days.

Barcelona are also closing in on a deal to sign Georginio Wijnaldum from Liverpool on a Bosman deal, whilst talks are reportedly ongoing for Lyon forward Memphis Depay and AC Milan goalkeeper Gianluigi Donnarumma.

Read – Picking our 2021 Champions League Team of the Season