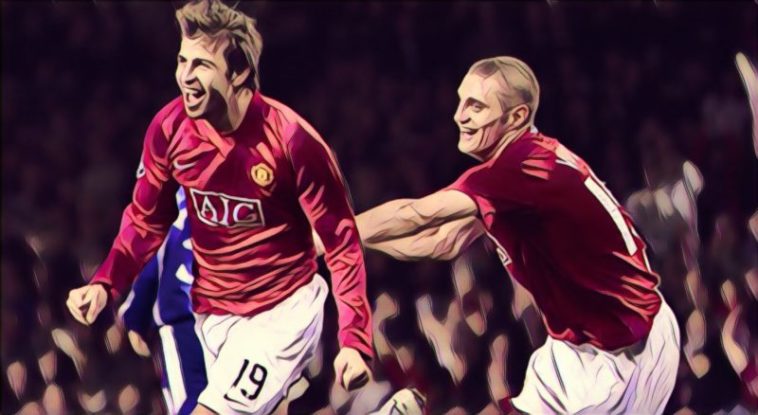 Barcelona centre-back Gerard Pique, it’s fair to say has had the type of career that most footballers can only dream of.

The 31-year-old has been one of the key men in the Barca team that has won six La Liga’s and three Champions League over the last decade.

Despite enjoying a controversial relationship with fans of the Spanish national team the talented defender has also won the World Cup and two European Championships.

However, writing in the The Players’ Tribune  Pique has admitted that the time he spent as a youngster with Manchester United and his subsequent relationship with the Old Trafford club’s legendary boss Sir Alex Ferguson, has been pivotal to the success he has enjoyed throughout his illustrious career.

“I look back on the last ten years of my career, and I’ve won the World Cup, the Champions League, La Liga, the Spanish Cup … I’ve won it all, as I like to remind my Madrid friends on WhatsApp,”

“But 10 years ago, I was almost f***ed. My whole life could have turned out very different if it wasn’t for Sir Alex Ferguson.

“I arrived at Manchester United a boy, and I left a man. It was a crazy time for me, because I had never been away from home before.

“I spent my first 17 years growing up in Spain in Barcelona’s youth academy, and it almost felt like I was playing for the local school team or something.

“I knew everybody there, and I was close to my family. So, to me, football was just fun. I didn’t understand the business side of the game at all. Then I arrived at United, and honestly, it was a complete shock.

“Sir Alex was phenomenal to me from the very first day. The best managers all have this quality — even when they’re not playing you, and even when they’re hard on you — they make you believe that they really care about you.

“Sir Alex was like a second father to me. He made me earn it, but eventually he gave me my chance.” Pique wrote.