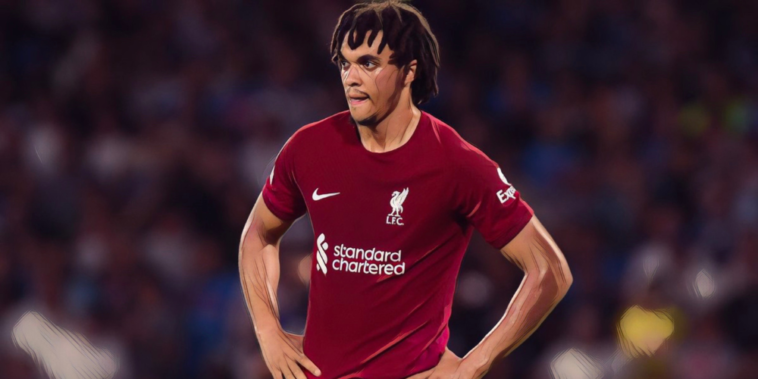 Glen Johnson has launched a defence of Trent Alexander-Arnold and has called on the Liverpool defender’s critics to ‘back off’.

Alexander-Arnold has been criticised for his performances this season with the defensive awareness of the Reds’ right-back questioned.

The 23-year-old has struggled on occasion during an indifferent start to the season for Liverpool and faces a fight to convince Gareth Southgate that he can feature in England’s World Cup plans for Qatar.

Former Liverpool right-back Johnson has defended Alexander-Arnold however, insisting that the critics have been ‘too quick’ to take aim at the defender. Johnson believes some of the criticism has been ‘harsh’ and has backed Alexander-Arnold to return to his best level.

“I personally think people should back off,” Johnson told the LFC Foundation.

“He set the bar so high in recent years that people are just too quick to jump on his back just because he is not at the level we are used to seeing him.

“We all know he is better going forward than defending but there is nothing wrong with that; every player is better at one thing than something else.

“I think it is a bit harsh. Of course he hasn’t been playing to the level we are used to seeing but you don’t lose your ability overnight. He is still world-class.

“Every player goes up and down in form and Trent no more than anyone else wants to get back to his heights.

“He is still a young lad and once he gets going and gets a bit more confident I am sure he will reach the heights he has been at in the past.”