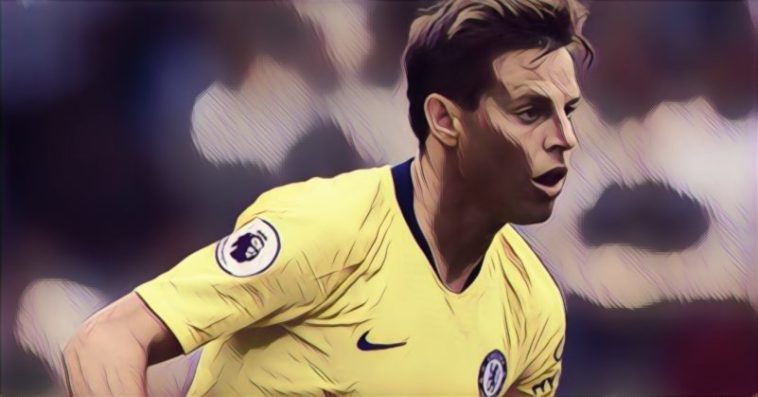 Chelsea defender Cesar Azpilicueta is hopeful that his side can mount a serious title challenge this season.

Few people had the Blues down as title contenders at the beginning of the season after the Stamford Bridge outfits eighth place finish last season under Antonio Conte.

However, Chelsea have impressed so far this term under new boss Maurizio Sarri and remain unbeaten after 10 games, sitting in third place behind pre-season favourites Liverpool and Man City.

The Blues latest excellent showing came during their 4-0 win over Burnley at Turf Moor on Sunday, a win made all the more impressive due to the fact star attacker Eden Hazard was unavailable due to injury.

Azpilicueta, who has two Premier League medals to his name, was asked after Sundays game whether he thought Chelsea can win the title this season, to which he replied:

“After the draw against Manchester United we needed to get back to winning ways. We know if we want to be top, we can’t miss out on a lot of points. We played in a difficult place, Burnley put a lot of pressure on us.

“They know very well how they play but, apart from the first 10 minutes, we controlled it very well. We scored four goals and had other chances as well. We try to play the same style everywhere, home and away. Maybe away from home teams press us more and we can get out of the pressure.

“At home, some of the teams just sit back. It’s up to us to find the solution in every situation against every opponent because every team is different.”