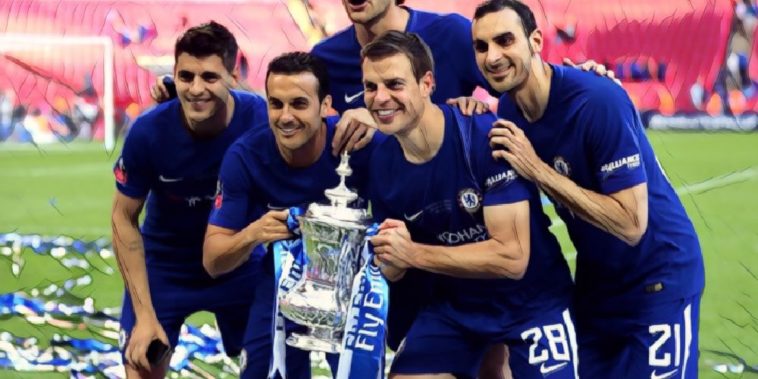 Cesar Azpilicueta says fighting for trophies is in Chelsea’s ‘DNA’ and is targeting further silverware with the club over the coming seasons.

The Spaniard has enjoyed a hugely successful seven-and-a-half year spell at Stamford Bridge, the veteran having won six major honours since his arrival from Marseille in 2012, including two Premier League titles.

Despite regular changes in management and personnel, Chelsea have continued to challenge for trophies over the course of the past decade, lifting silverware in five of the full-back’s seven full seasons at the club, a habit Azpilicueta believes is cemented in the ‘DNA’ of the west London side.

Having secured Europa League success under Maurizio Sarri last season, the club are now headed in a new direction under the guidance of Frank Lampard, and the club captain is eyeing more success in a youthful side featuring a host of promising academy graduates.

”I think one of the characteristics of Chelsea throughout this period has been winning trophies and even when we didn’t win something, we didn’t have any long spells without lifting a trophy,” Azpilicueta said in an interview with club magazine, Chelsea.

“That’s obviously a big part of the ambition of the club, to always aim for trophies, and it’s something we have done not only in England, but also in Europe, with the Champions League and the Europa League twice.

“We have won the Premier League a couple of times since I arrived as well, so I think it’s in our DNA that we always fight for trophies and hopefully we can keep going in this direction.”

While a title challenge is out of the question –  the Blues 22 points behind Liverpool – Chelsea have qualified for the knockout stages of the Champions League and have also progressed to the fourth round of the FA Cup, a competition they last won in 2018.